BlackBerry signs deal with TCL to keep its smartphones alive 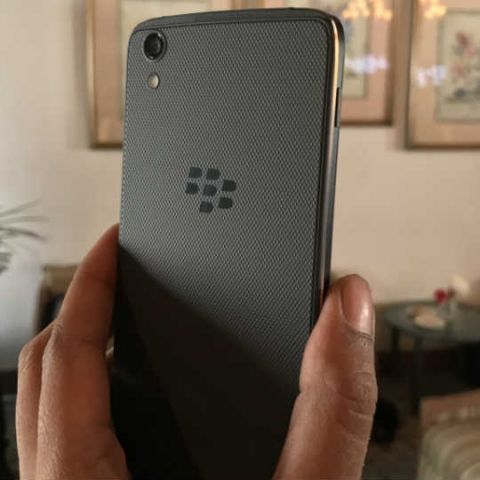 BlackBerry is moving another step closer to its transition becoming a security software and services company. The company has signed a long-term licensing deal with Chinese manufacturer TCL allowing latter to build BlackBerry-branded smartphones. Back in September, BlackBerry had announced that it will stop making its own phones in order to concentrate on services and software business.

This shouldn't come as a surprise considering the fact that BlackBerry's latest smartphones DTEK50 and DTEK60 were rebranded TCL-made devices. According to the agreement, TCL will 'design, manufacture, sell and provide customer support for BlackBerry-branded mobile devices' while BlackBerry will provide security software and service suite. The deal, though global, doesn't apply in India, Nepal, Bangladesh, Sri Lanka and Indonesia.

According to Bloomberg, BlackBerry is working on a similar deal with an Indian company to reintroduce BlackBerry-branded smartphones. The company also plans to outsource its brand license to multiple smartphone makers around the globe thus helping it pop out more BlackBerry smartphones globally.

"This agreement with TCL Communication represents a key step in our strategy to focus on putting the 'smart in the phone' by providing state-of-the-art security and device software on a platform that mobile users prefer and are comfortable with," said Ralph Pini, Chief Operating Officer and General Manager of Mobility Solutions at BlackBerry.

"At TCL Communication, we are committed to creating the best portfolio solutions, while ensuring the quality support to consumers and enterprise users who trust the integrity of the BlackBerry device and the brand's security leadership, coupled with the Android platform," said Nicolas Zibell, CEO of TCL Communication.

BlackBerry may have lost out on marketshare but the brand continues to endure a liking and the company is probably trying to keep itself afloat with this deal. In our review of BlackBerry DTEK60, we noted that the smartphone is good but that additional security software doesn't really cut the deal.

BlackBerry has lost the market dominance it once commanded in the premium smartphone segment and its latest effort to introduce Android-based smartphones haven't really been useful either. Long story short is that BlackBerry is out of the smartphone business but it will hopefully stay afloat with this licensing deal.