Asus has again tweeted on its official Indonesian account confirming that the ZenFone Max Pro (M2) will have a notch on the display. 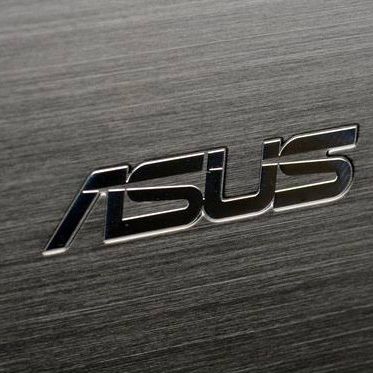 A few days after announcing the launch date of the ZenFone Max Pro M2, Asus has once again teased the smartphone, but this time it confirms that the handset will have a notch on the display. The tweet made by Asus in Indonesia also suggests that the device may have a large battery, an innovative camera and a powerful processor. When translated from Malay to English, the tweet reads - "Many are present with the label "Pro", but what's Pro? How is the battery strength? The screen is strong? Then the camera is great? And how does the processor perform?" The tweet could be seen as Asus taking a dig at the Xiaomi Redmi Note 6 Pro and the Realme 2 Pro since the Max Pro M2 will possibly compete head-on with the two smartphones.

Although, there is no official word on the specifications, previous teasers and leaks have suggested what hardware the smartphone may carry. The information comes following the company’s previous tweet in which it announced the launch date of the smartphone.

Previously, a low-resolution image of a smartphone with model name ASUS_X01BD_1 was leaked detailing the handset’s specifications from the Google Play Console device catalogue. The Google Play Console notes that “device specifications are provided by the manufacturer and have not been confirmed.” the image showed the Asus Zenfone Max Pro M2 wearing a similar to look as the company’s Zenfone 5Z. The notch will house the front camera and other sensors, and if XDADevelopers is to be believed, the front shooter will be joined by a LED flash for better low-light selfies. The Max Pro M2 could also have stock Android but may not come under Google’s Android One Program.

A few days ago, tipster Roland Quandt tweeted out some specs of a smartphone claiming that they were for the Asus ZenFone Max Pro M2. He also mentioned that Asus may bring some India-centric features in special variants of the smartphones and could launch it in three variants with varying hardware capabilities. According to Quandt’s tweet the smartphone could run on Android Oreo instead of Pie. The Asus ZenFone Max Pro M2 (ZB631KL) could feature a 6-inch Full HD+ display and be powered by the Qualcomm Snapdragon 660 SoC. It could feature 4GB RAM with options of 64/128GB of storage and is said to feature a triple rear camera setup.

The other variant, the ZenFone Max M2 (ZB633KL), may also have same screen size but could be running on the Snapdragon 636 with 4GB RAM and 32/64GB of storage. This variant is could feature a dual rear camera setup. There are also reports of a non-Pro model dubbed ZB632KL (non-Pro) and a ZB634KL (Pro) variant which are speculated to be India specific. Again, there is no official confirmation on specs and we’ll have to take this information with a pinch of salt.