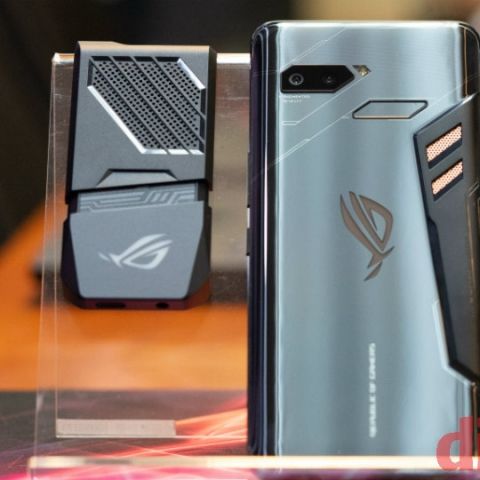 The Asus ROG gaming smartphone announced at Computex earlier this year was a fascinating device. Thanks to a overclocked Snapdragon 845 SoC and a vapour chamber cooling system, the ROG phone was truly one of the most innovative smartphone we've seen in a long time. What's even more interesting is that the ROG phone might be launching in India today during Taiwan Excellence's TEGC 2018 gaming championship finale in Mumbai.

While 15 teams will battle it out among themselves for the Ultimate Gaming Cup, the press invite to the event also states that Asus, one of Taiwan's largest consumer electronics brand, will unveil a new mobile phone. It thus leaves little to imagination what it could be. A smartphone launch at a gaming championship is clearly a hint at a gaming smartphone.

If indeed it's true, the ROG phone will be the first such gaming smartphone to come to India. There are other gaming smartphones as well catering primary to the Chinese market, which is considered the largest mobile gaming market.

In an interview with Digit earlier this year, Asus CEO Jerry Shen had admitted the company is indeed going to bring the ROG phone to India sometime in Q3 2018. While this is Q4 of the financial year right now, Asus seems to be living up to its word.

The ROG is a one of a kind gaming smartphone. It is powered by a 2.9Ghz  "speed-binned" Qualcomm Snapdragon 845 chipset which is paired with 8GB of RAM and 512GB of storage. Naturally, the phone tops the charts in benchmark tests. It's also not a compact phone by any means and remains true to its ROG lineage by being a bulky but stylish gaming phone with an unique design. The ROG logo on the back of the phone glows with RGB lighting. To prevent the ports being a hindrance, the phone has the option of additional USB-C and 3.5mm headphone jack on the side thanks to a retroactive cooling unit. Further, there's a 6-inch AMOLED HDR display with a 90hz refresh rate and a contrast ratio of 10,000:1. Topping it off is a 4,000mAh display.

If that's not enough, the ROG phone comes with three types of docks. There's the retroactive cooler mentioned above. Then there's the TwinView Dock that doubles up as a handheld gaming controller-like contraption. Finally, the ROG phone connect to a WiGig-certified display with a mobile desktop dock, so that you can play on the big screen.

Mr. Shen had indicated that the ROG phone, when it comes to India, will definitely be priced higher than the current flagship, Asus ZenFone 5z. The astounding set of hardware certainly points towards it. We'll get to know everything about the ROG phone's entry to the Indian smartphone market on Saturday at the sidelines of the Taiwan Excellence Gaming Cup.

You can check out our first impressions of the ROG Phone here.