We saw a rush of E book readers flooding the market this year. Some looked quite promising, others plain ordinary. But one E book reader has been anticipated since quite some time for its extremely unique feature- A full color OLED screen. 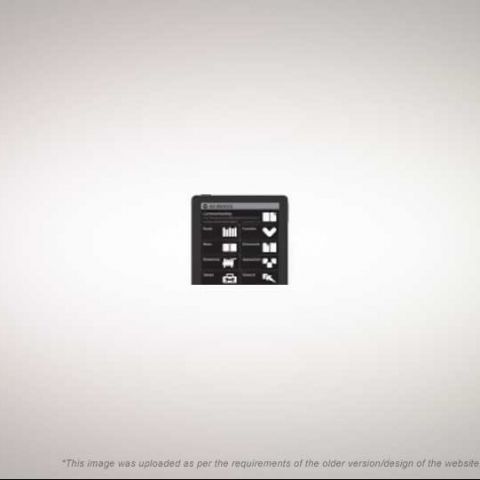 We saw a rush of E book readers flooding the market this year. Some looked quite promising, others plain ordinary. But one E book reader has been anticipated since quite some time for its extremely unique feature- A full color OLED screen. The Asus DR-570 is getting ready to be released to consumers worldwide, as we see the frequency of news leaks regarding it, increase.

Asus, it seems, were not satisfied with the symbol of E book reads- The Amazon Kindle, so they decided to take matters in their hands and bang! We have the DR-570. It boasts of specs which can make the Kindle, or any E book reader for that matter, look like a mere toy. Apparently, Asus has done away with the traditional E ink used in E book readers, and have developed a much advanced OLED screen. The screen has full color support which adds a ton of extra uses to its name. It can now also have support for magazines and Comic books. Presumably, it is also designed to run web sites and allow the users to read newspapers. Rumors also suggest that it has support for Flash Video as well! It also has built in Wi-Fi and 3G. It can run for an out-of-this-world duration of 122 hours on a single charge. We have to wait and see how an OLED display can last for that long considering its 1,530 mAh battery weighs 3 pounds. It has a lightning fast page turning speed of 0.03 seconds, which is an incredible 23 times faster than the Kindle. It has 4GB onboard memory and supports SDHC expansion. Asus has also added a RSS reader to this device. It has an audio-video player and a text to speech engine (Probably the Svox with support for over 26 languages). Rumors also hint at online video streaming support via Amazon video on demand. We can safely presume that it may also have 3D gaming which will round it up as a complete entertainment device. It has explicit support for PDF (It’s and E book reader after all), txt, Mp3, Mp4, ePub and AVI formats. This is one hell of a capable device in terms of support. We have to wait and see wit how much proficient a device it is.

There has also been a news leak regarding Asus’ second E book reader.  It has been dubbed the DR-950 and is expected to come earlier that the DR-570. It is not a color E book reader (But it has 16 shades of grey) and sports a 9 inch Sipix Panel of resolution 1024x768. DR-950, like the DR-570, also features a Svox text-to-speech engine supporting 26 languages. Its web browser supports both landscape and portrait modes with a built-in RSS reader. It has virtual keyboard and handwriting input (To scribble and make your E book untidy) and a dictionary with real time translation. It is also a media device with a 3.5mm jack and stereo speakers. To put this to full use, it has a 4GB inbuilt memory expandable through SD card. It also packs in Wi-Fi and HSPA and also has an optional WiMax model. This device is expected to launch earlier than the DR 570. Both these devices are expected to come out later this year.

Asus has a made a grand entry into the world of E books and is ready to take it by fire. The key to the success of these devices lie in their pricing and worldwide availability. We can also expect to see some competitive pricing from fellow rivals. The Kindle, which has dominated the E Book reader market for an inordinate amount of time, finally found some great competition from many companies this year. Ultimately we can expect to be the greatest benefiter as companies will be forced to innovate and bring down prices due to the immense competition.