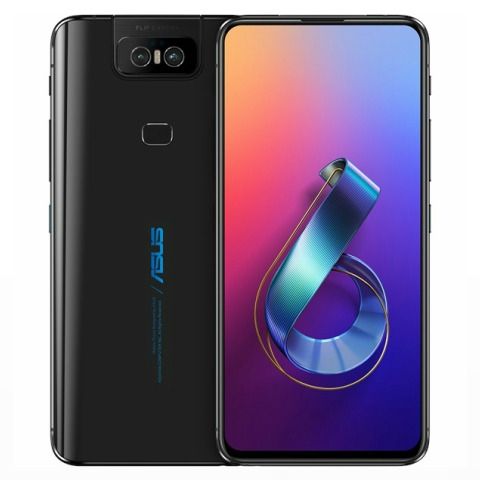 The Asus 6z goes on sale starting today at noon.

It sports a Qualcomm Snapdragon 855 chipset and a 5000mAh battery.

It will be available on Flipkart at a starting price of Rs 31,999.

The Asus 6z comes with flagship-grade specs in that the chipset powering it is a Qualcomm Snapdragon 855 with RAM and UFS 2.1 storage going all the way up to 8GB and 256GB respectively. The internal storage can further be expanded using a microSD card. The display on the Asus 6z is a 6.4-inch IPS LCD unit that is said to deliver a screen-to-body ratio of 92 percent. The battery on the Asus 6z is a large 5000mAh unit, which is capable of Quick Charge 4.0 using the bundled 18W charger.  In comparison, the OnePlus 7 Pro features a 4000mAh battery, while the standard OnePlus 7 ships with 3700mAh battery.

The camera setup on the Asus 6z  is a feature worth noting as the phone does not have separate sensors for the front and back as most phones these days do. Instead, it employs a flipping mechanism for the rear cameras. When the camera app is used in selfie mode, the rear cameras will flip around using a top-mounted swiveling mechanism to face the user. The flipping module houses a 48-megapixel Sony IMX 586 sensor along with a 13-megapixel wide-angle camera with a 117-degree field of view. The primary sensor has an aperture of f/1.79 and supports phase-detection autofocus. The wide-angle sensor, on the other hand, employs a real-time distortion correction algorithm.

The Asus 6z also features dual speakers with dual amplifiers. The smartphone runs a custom ZenUI 6 interface that’s built on top of Android 9 Pie. The Asus 6z will be offered in two colour options: Twilight Silver and Midnight Black. The Asus 6z was originally called the Asus ZenFone 6z before Asus lost to Telecare Network India Pvt Ltd in a trademark dispute that eventually forced Asus to give up the trademarks “Zen” and “ZenFone” in the Indian smartphone market days before the official launch.