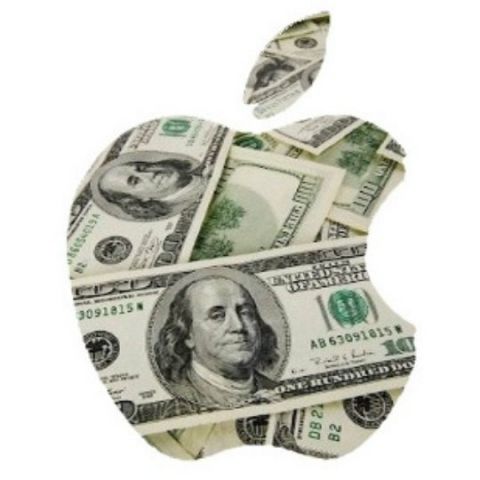 Apple’s share of the total smartphone profits grew to 94 per cent during the third quarter of 2015 despite being second in smartphone volume shipments in the same quarter, ahead of all vendors making Android phones. According to Canaccord Genuity research, Samsung has a 11 per cent share of total operating income even though it is the largest Android licensee. The total numbers exceeded 100 per cent as most other OEMs reported negative operating incomes. Last year, Apple’s share of the total smartphone profits was 85 per cent.

Apple earned such a high share of profits despite producing only 14.5 percent or 48 million smartphones that were sold during the quarter. Samsung shipped about 81 million units during the same quarter and accounted for 24.5 per cent of the total smartphones shipped. Canaccord analyst Mike Walkley said that the reason for such a disparity was the inability of HTC, BlackBerry, Sony and Lenovo to compete in the market for phones priced at more than $400. The average selling price of iPhones in the quarter was $670 with 37 per cent operating margins. Samsung’s average selling price was only $180.

Apple has been very active in developing markets like India and China where it has been well received since its launch. Tim Cook has even thanked the middle class in these markets for making the iPhone 6 a global success. Before the launch of the Apple iPhone 6s in India, the company tied up with five distributors as compared to the three it had last year. It is also partnered with Chroma for setting up Apple Stores in India. iPhones are also quite desireable in India and China. 182 iPhones were seized in India before their official launch in the country while two people in China tried to sell their kidneys in order to buy the 6s.

Samsung on the other hand, is seeing a decline in sales for a while. Market research firm, TrendForce said in its report that the company’s sales will turn negative this year. The firm also predicts a one per cent year-on-year dip in smartphone sales for the company. It was also reported that the salaries of Samsung’s three CEOs dropped drastically this year.