According to the new patent, Apple may launch a smartphone which can be folded in a front-to-front configuration in which an active side of the display faces itself as well as a back-to-back configuration.

While Samsung and Huawei are grabbing the headlines when it comes to foldable smartphones, Apple has been granted another patent for its foldable phone and it seems that the company is working on a different concept altogether. Though the Cupertino-based giant may not launch a foldable device until 2020, it could prove to be a trendsetter when, and if, it comes. According to the latest patent, Apple is working on a foldable phone which can be folded in front-to-front as well as back-to-back configuration. 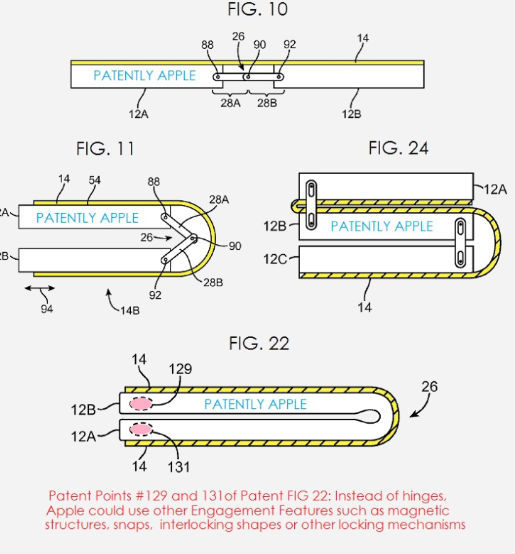 Recently, DJ Koh, CEO of Samsung's Mobile Division, said that Samsung’s foldable smartphone will be a tablet that users can fold and keep in their pockets. He also reiterated that the foldable phone will not be a “gimmick product”, and will be available globally. Samsung is not the only company that is developing a foldable smartphone. Apparently, Huawei and LG also have dedicated teams which are working to develop a phone with a foldable display. Huawei had filed a patent for a foldable phone at WIPO (World Intellectual property Organization). Last week, LG had confirmed that it is making a foldable smartphone and wants to create something which consumers actually want, and is not aiming to be the first company to launch the smartphone.

Additionally, Xiaomi and Oppo are reportedly ready to test these waters. A report from South Korea-based ET News claimed that the two Chinese manufacturers are looking for display manufacturers to supply foldable displays and may rope-in one three companies -  BOE, Visionox and LG Display. Huawei is relying on BOE to supply them flexible panels.