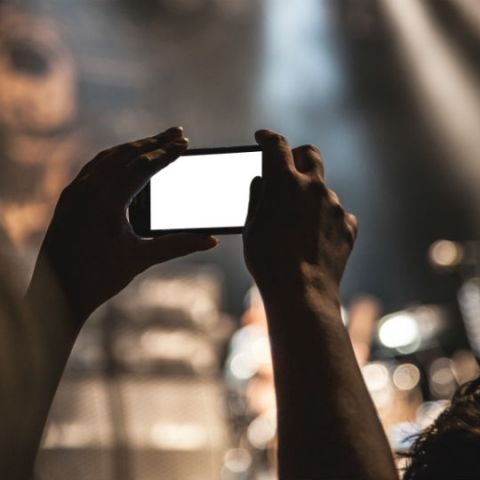 One of the most common sights at any concert these days isd the throngs of people who prefer to record the performance on their phones rather than just watch it. Not only does this deprive them from the experience of watching a concert live, but also blocks the view of the person behind them. However, a new patent by Apple may change all that. The patent describes a method of using a phone’s camera to detect and interpret an infrared signal sent by an transmitter. This data being emitted could include a command that temporarily disables the camera. As per the patent description, the infrared transmitter could be located in areas where capturing pictures and videos is prohibited such as a concert or a classified areas.

Further, the patent also describes a method of applying a watermark to detected images as an alternative to completely disabling the camera. The system would work in much the same way, as in the transmitter would send a command that would add a watermark to images and videos that it detects. However, Apple's system can also be used for other applications besides stopping people from taking photographs. The transmitter would be placed next to a museum exhibit and it could be used to send data about that particular exhibit. 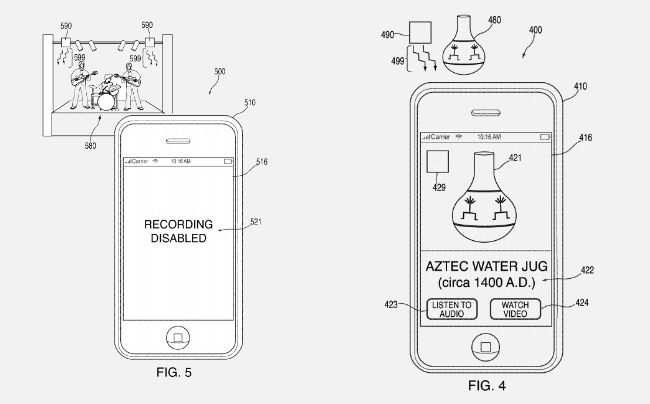