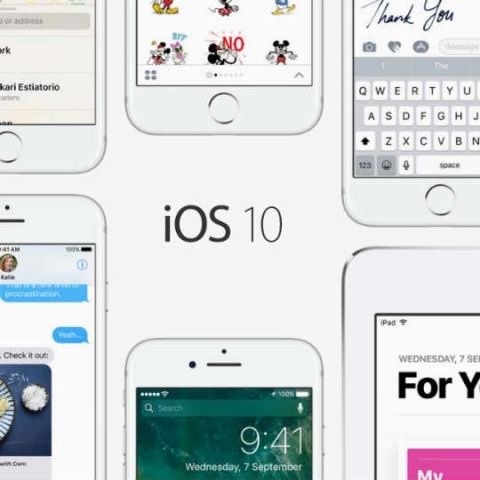 Apple has started rolling out the iOS 10 update for iPhones and iPads, which brings a bunch of new features and improvements. The update comes just a few days before the new iPhone 7 and 7 Plus will be available for purchase in the US and other countries (it’s coming to India on October 7). Apple has also started rolling out WatchOS 3 to the Apple Watch.

Devices eligible for the update include iPhone 5 and newer, iPod Touch (6th gen), iPad (4th gen), iPad Mini 2 and newer, iPad Air and Air 2, and the two new iPad Pros. The complete list of devices can be seen in the image below. 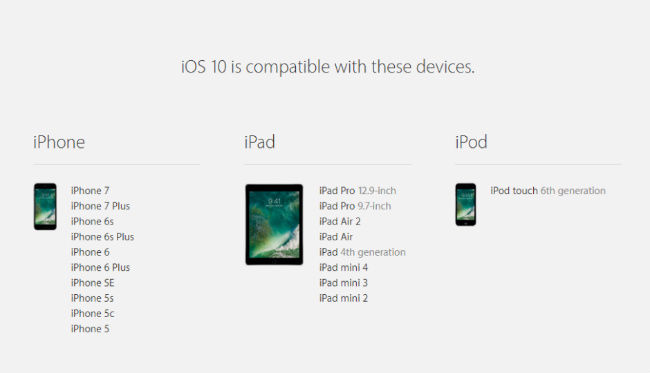 iOS 10 offers a redesigned lockscreen with direct access to messages, with 3D Touch integration for interactive live updates and more. Further, the update also adds third party developer support to Siri. The digital assistant is integrated into Apple’s QuickType Keyboard. The keyboard itself has been improved with features like contextual predictions and multilingual typing. The update also brings changes to Apple Music and News interfaces.

WatchOS 3 also brings a bunch of new features and improvements. The launch times for apps on the smartwatch have been reduced and there is also a new Control Center to access the most-used settings. Users will also be able to reply with custom messages from the Watch itself, by scribbling text on the display. There are also new watch faces, Activity Sharing, and more.