While the Apple Watch 2 is expected to sport Facetime, the iPhone 6c is supposedly a smaller iPhone with a 4 inch display. 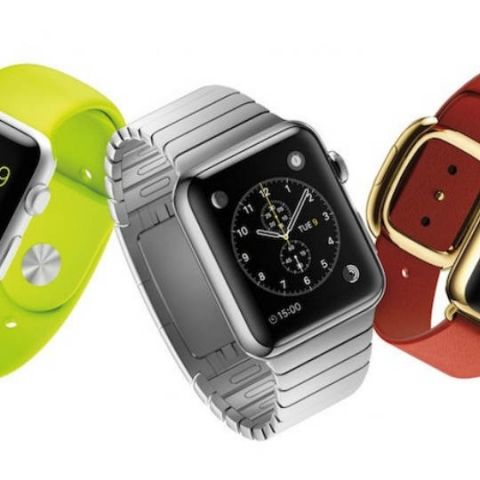 The first generation of the Apple Watch is best explained by the TechCrunch gif below, but Apple seems to be gearing up for the Apple Watch 2. According to a report by 9to5Mac, citing sources with knowledge of the Apple’s plans, the Cupertino, California based technology giant is going to announced the Apple Watch 2 and iPhone 6c at an event on March 2, 2016. The report also says that Apple may start shipping the new version of the Apple Watch by April 2016, one year after it started selling the Apple Watch. The Watch 2 is expected to support Apple’s FaceTime feature, which is popular amongst iPhone users globally. In addition, it is also supposed to have built-in WiFi support along with health tracking capability via sensors integrated into the band.

Further, the iPhone 6c will reportedly be a 4-inch variant of Apple’s flagship smartphone series. This was reported by analyst Ming-Chi Kuo last week. Rumours of the smaller iPhone though have been doing the rounds since before Apple launched this year’s iPhone 6S and 6S Plus smartphones. Apple users have traditionally been used to smaller screens and while the company did give in to the demand for bigger devices, Apple is still amongst the few companies that makes phones with a 4.7 inch display.

Unlike the plastic clad iPhone 5c before this though, the rumoured 6c isn’t going to be a toned down version of the iPhone. In fact, the smaller screen may be the only difference between the 6c and Apple’s current and next generation iPhones. The iPhone 6c will also support Apple’s 3D Touch, Touch ID and Apple Pay features, while having a premium metallic body like iPhones before it. The phone is also expected to run on Apple’s new A9 chip, which is the processor powering the iPhone 6S smartphone.

As usual, no official word has been received from Apple, although a March 2016 event seems plausible. This is because while Apple’s iPhones have, for the better part, retained their hold over the market, the company has to compete with the sea of Android OEMs out there, making the need for faster product cycles necessary.