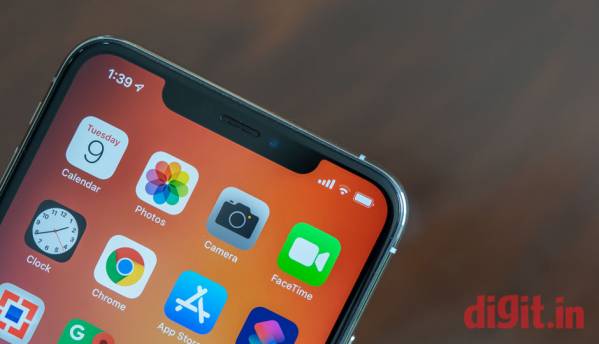 If you were unhappy with the selfies from the front-facing camera on the iPhone XS, XS Max or XR, the good news is that Apple has confirmed that iOS 12.1 will improve the quality significantly.

Every year with the launch of a new iPhone, there’s a new controversy. Usually, these controversies carry the nomenclature of “feature-gate,” following the infamous Watergate scandal in the US. So far, we’ve had Antennagate, Bendgate, Chipgate and now the newest addition to the Gate family is Beautygate. Recently, it was found that photos from the iPhone XS, iPhone XS Max and iPhone XR’s front-facing camera looked soft, almost as if a ‘beauty filter’ was being applied. Apple denied that they were “secretly applying a beautification filter,” but have acknowledged the issue. In a comment to The Verge, Apple has confirmed that the issue would be fixed with the upcoming iOS 12.1 update.

The softness in photos from the front-facing camera of the iPhone XS and XR was simply attributed to a “secret beauty filter,” originally propagated by popular YouTuber Unbox Therapy. Publications have repeated the message, without much investigation. The real reason behind the softening of details was explained by Sabastiaan de With, co-creator of the camera app Halide. According to his blog post, the perceived softness of photos is due to two reasons; 1) because of the noise reduction being applied to the photos and 2) because of reduced local contrast that directly affects perceived sharpness of an image. The fix for the above is actually rather simple and seems like Apple will be pushing it out with the next update of iOS 12. If you’d like to understand in detail as to why the selfies from the front-facing camera appear soft, have a look at the detailed blog post by Sebastiaan here.

Regardless of the cause behind soft-appearing images, Apple has said that a fix is on the way. If you can’t wait for Apple to officially release iOS 12.1, you can get on the Public Beta program, where iOS 12.1 is already available as a beta, but there is no saying whether the fix has been incorporated in the public beta build yet. In practice, we always recommend staying on final public release builds of iOS instead of beta builds as they can cause stability issues. Furthermore, if you do update to the public beta and decide you want to revert back to the public release version of iOS, you wont be able to restore your backup since you can’t restore a backup created on a newer version of iOS onto an older one (and Public Beta is always newer than final public builds).