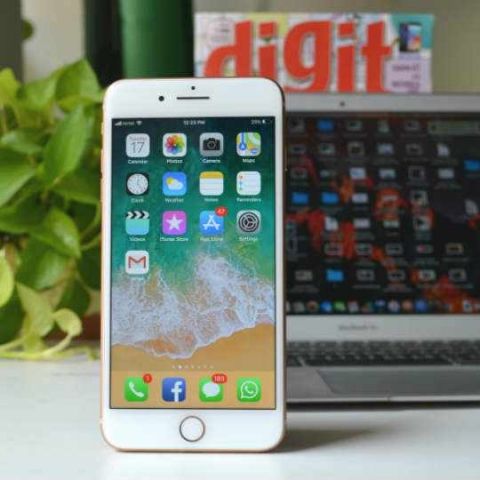 Some iPhone 8 models that were sold between September 2017 and March 2018 have a faulty logic board that is causing issues like frozen screen, unexpected reboots and more.

Some iPhone 8 units that were sold between September 2017 and March 2018 apparently contain logic boards with a manufacturing defect. The fault is causing screen freezes, unexpected restarts, and incorrect boot-up initiations, preventing the iPhone 8 from turning on properly. Apple has quietly announced a free repair program for the affected units and it covers affected iPhone 8 devices for 3 years after the first retail sale of the unit. The defective units were sold in Australia, China, Hong Kong, India, Japan, Macau, New Zealand, and the US, and one can check if their device is eligible for free repairs here. Apple says that the issue is not affecting any other iPhone models like the iPhone X or the iPhone 8 Plus.

If your iPhone 8 is affected and eligible for free repair, it needs to be sent to an Apple Repair Center for service. Apple states that the submitted iPhone will be examined before any servicing to verify that it’s eligible for the program and recommends backing up your device’s data with iTunes or iCloud before submitting it for repairs. The smartphone manufacturer states, “If your iPhone 8 has any damage which impairs the ability to complete the repair, such as a cracked screen, that issue will need to be resolved prior to the service. In some cases, there may be a cost associated with the additional repair.” It should also be noted that this program does not extend the standard warranty coverage of the iPhone 8.

Speaking of iPhones, Apple is hosting an event on September 12 at the Steve Jobs Theatre at its Cupertino Apple Park campus. The company is rumoured to announce three new iPhones at the event, along with a new Apple Watch, iPad Pro and probably a MacBook Air. An earlier report suggests that at least two of the upcoming iPhone variants that come with an OLED display could be called iPhone XS.