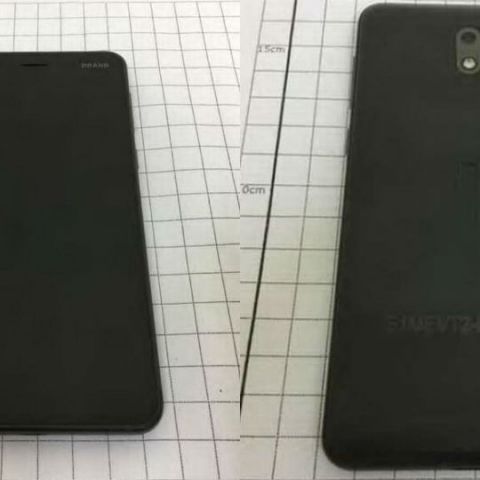 Images of an alleged Nokia 2 smartphone have leaked online. While the device in the two leaked images does not have any Nokia branding, the phone looks similar to the previously leaked Nokia 2 renders. The images are not very clear, but one can make out that the rear camera setup does look similar to the one on the Nokia 3. The leakster has linked the images back to the FCC's page, carrying the product code TA-1029. This also suggests that the phone has already received FCC approval and might be awaiting an official launch. Some rumours suggest that HMD Global may unveil the device on August 16, alongside the Nokia 8.

The Nokia 2 is expected to be cater to the entry level market, under the Nokia 3. The rumored phone was earlier spotted in a Geekbench listing, scoring 422 points on the single core benchmark and 1146 points on multi-core tests. The listing suggested that the device could be be powered by a 1.27GHz quad-core processor, comprising of ARM cores made by Qualcomm. If the listing is right, the alleged Nokia 2 device may be powered by a Qualcomm Snapdragon 210 or 212 platform. The listing also suggested that the phone may have just 1GB of RAM and may run on Android 7.1.1 Nougat.

While we are still uncertain about the Nokia 2’s full specifications and exact launch dates, we are looking forward to Nokia’s upcoming flagship, the Nokia 8, which is rumored to be powered by a Qualcomm Snapdragon 835 chipset, and is slated to be announced on August 16 in London. The phone is expected to have a 5.3 inch QHD display, 4GB of RAM and 64GB of storage. It will compete with the likes of the OnePlus 5 and Samsung Galaxy S8 in the premium segment. The phone may also offer a dual camera setup, with two Carl Zeiss lenses.