Amazon Great Indian Festival Sale 2019 is now live for the Prime members. If you are looking to buy a gaming laptop, this is your chance. 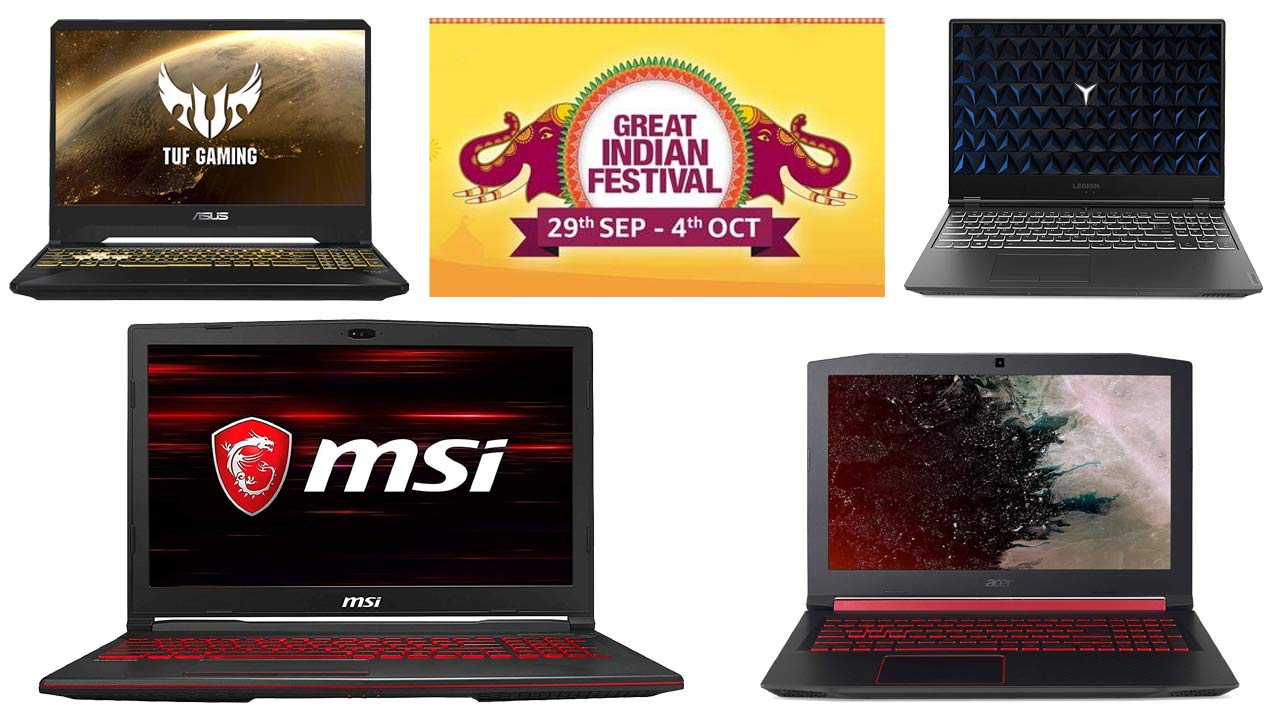 Amazon’s Great Indian Festival Sale is now underway for Prime members and meaning, this might just be thre perfect time for you to pick up that new gaming laptop you’ve had your eye on. There’s something for everyone during this sale, starting from the very basic gaming laptops at a super affordable price all the way to more solid gaming machines, coming your way with a fairly decent price cut. Here are the top 5 deals on gaming laptops that you wouldn’t want to miss during Amazon’s Great Indian Festival Sale.

Starting off with the most basic machine, the Acer Nitro 5 packs an 8th generation Intel Core i5-8300H processor along with 8GB of RAM and a 1TB hard disk drive. For graphics, there’s the Nvidia GTX 1050, which might make you think of the Nitro 5 as a bare minimum of a gaming machine, but when you factor in the fact that its being discounted to Rs 44,990, it would appear to be quiet a lucrative deal. You can buy it here.

Moving one step up the ladder, we have the Lenovo Legion Y540. This gaming laptop was designed to perfectly blend into both LAN parties and boardroom presentations. The model getting a price cut during Amazon’s Great India Festival Sale is powered by a 9th generation Intel Core i5 processor and comes with 8GB of RAM (expandable to 32GB). There’s also a 256GB SSD+1TB HDD combo here for storage and speed. Lastly, the graphics on board are taken care of by the Nvidia GTX 1650. The laptop will be discounted to Rs 66990 during the sale.You can buy it here.

MSI’s GL63 series of laptops have been wildly popular amongst gamers for a variety of reasons, one of them being the value for money offered by this series of laptops. Various SKUs in the GL63 are being discounted on Amazon’s Great India Festival sale, and we’re going to start with the Intel Core i5-9300H variant with comes with 8GB RAM, 256GB SSD+1TB HDD combo and the Nvidia GTX 1660Ti GPU. This SKU will be available for Rs 79990 during the same.You can buy it here.

ThweMSI GL65 is a more feature rich version of the GL63, and comes with an Intel Core i7 processor instead of an Intel Core i5. there's also 8GB of RAM on board which can be expanded to 32GB, and a rather spacisiou 512GB NVMe SSD for stroage. The GPU we get on the GL 65 is the Nvidia GTX 1650, meaning you get the newest Turing architecture from Nvidia. There's a FullHD display here with a refresh rate of  120Hz and a per-key RGB keyboard for those of you who like adding color to your lives. You can buy it here.

Last but not the very least, we’ve got the AMD Ryzen powered gaming laptop from Asus, the TUF Gaming FX505. This particular SKU comes with a Ryzen 7-3750H processor and 16GB of RAM (upgradeable to 32GB). The graphics are taken care of by the Nvidia RTX 2060 which is moe than adequate to drive the 120Hz refresh rate FHD display that you get on this machine. The Asus TUF Gaming FX505 wil lbe retailing for a price of Rs 87990 during Amazon’s sale. You can buy it here.