Patent reveals Apple could be working on a dual display laptop

The patent granted to Apple allows for lesser reflection on either of the displays. 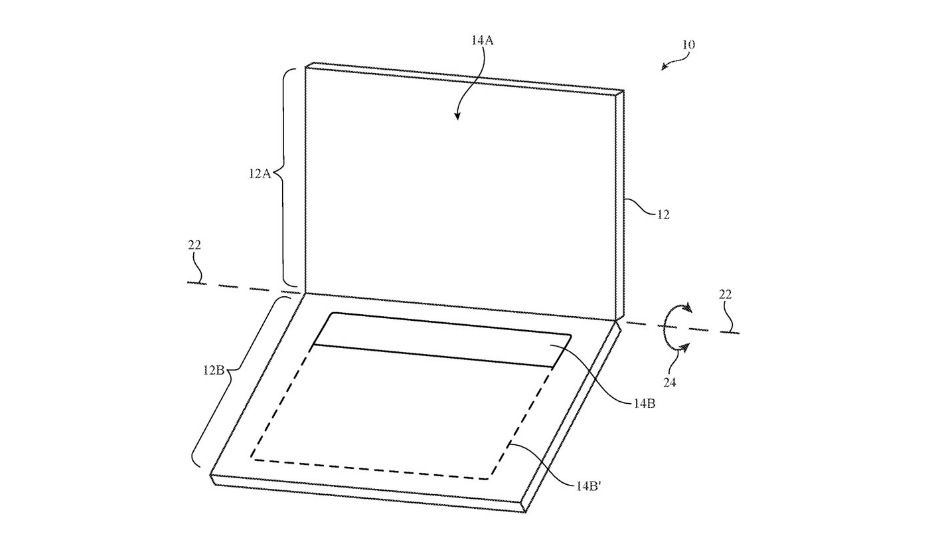 Patent reveals Apple could be working on a dual display laptop

A new patent granted to Apple hints that the Cupertino based company might be working a dual-screen laptop. The patent is titled “dual display equipment with enhanced visibility and suppressed reflections”. In the patent, Apple is talking about replacing the physical keyboard with a touchscreen. While this could be any other upcoming device, going by the diagrams given in the patent, it does look like the MacBook. According to Patently Apple, the company is working around two separate devices which traditionally use a physical keyboard and can be replaced via a touchscreen display.

According to the patent, the first type of device is held together by a permanent hinge, something similar to a laptop. The second type of device featured in the patent is held together by a magnetic hinge, which points towards a 2-in-1 nature of the product. Apple is also noting in the patent that the displays used on the devices are OLED. Apple is also taking into account the 'display glare' one might see on a dual display device. Hence, the patent also notes that there would be polarisers in place to minimize these reflections.

The new MacBook Pro currently uses only an OLED strip above the keyboard, but if the speculations come to fruition, we might see a MacBook in the future with dual displays. Even the detachable physical keyboard we see on the iPad Pro might become all touch sensitive.

All that said, this is not the first time, Laptop makers like Lenovo have attempted something similar with the Yoga Book, but the machine wasn't that powerful and the touch keyboard had limited functionality.