Microsoft’s Eric Rudder showcased his company’s “Live Anywhere” concept at TechEd Middle East, with a quick demo of a game that can be played across Microsoft platforms with different input devices, from a Windows Phone 7 series prototype device (using an accelerometer and touch screen), to a Windows PC (using a keyboard), and an Xbox 360 (using a controller). 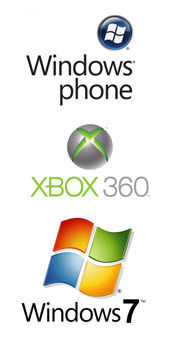 Microsoft claims the game’s Visual Studio coding, no matter which platform it is for, is essentially the same – 90% of it is identical, and just 10% is platform specific. The synchronicity possible between the platforms is what makes the entire concept immensely more appealing – allowing you to play on any platform, and to resume exactly where you left off even if you switch to another, i.e., you could be playing on your desktop PC, decide to take a walk, and continue playing on your Windows Phone while taking in the fresh air. Check out the video below: