Next generation of MacBooks get EEC approval, claims report

The listing suggests that there are five MacBook variants with three -- 12-inch, 13-inch and 15-inch -- display sizes that Apple will reportedly be selling his year.

Next generation of MacBooks get EEC approval, claims report

Amid a lot of rumours regarding the upcoming lineup of iPhones, a new report on the next lineup of MacBooks has cropped up claiming that there will be five laptop variants this year. A French news portal Consomac has reported that the next generation of Apple laptops and tablets has made an appearance on the Eurasian Economic Commission (EEC) website. The listings show that Apple is seeking to sell five models of laptops and tablets in the Armenian, Belorussian, Kazakh, Kyrgyz and Russian markets. 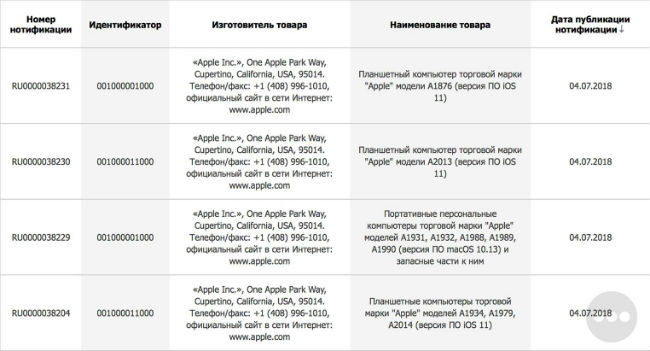 Although it was expected that Apple would announce the next generation of hardware at the its WorldWide Developers Conference (WWDC) in June this year, the company unveiled a lot of software and operating system updates including iOS 12 and MacOS 10.14. Recently, Apple rolled out the second MacOS 10.14 Mojave public beta a day after it released second iOS 12 public beta. In MacOS 10.14 Mojave, Apple launched a system-wide dark mode that works in apps as well.