India guns for the fastest supercomputer title by 2017 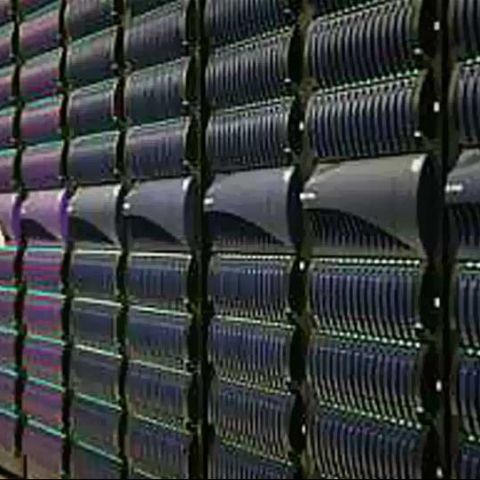 It seems like India isn’t happy having its home-grown supercomputer ranked at number 58 (out of 500) globally. To correct that, Sibal has put in motion plans to develop another completely indigenous supercomputer, one that would uproot IBM’s Sequoia as the world’s fastest supercomputer. Of course, the government hopes to have this achieved dream only by 2017.

A supercomputer’s performance is measured in FLOPS or Floating Point Operations Per Second. IBM’s Sequoia pushes itself up to the 16.3 petaflops mark, and is currently being employed by the Department of Energy's Lawrence Livermore National Laboratory to run simulations of nuclear weapons testing. India’s supercomputer is geared at beating the current champ, but what it’ll be used for is not yet very clear.

At present, India’s fastest supercomputer is housed at CSIR Center for Mathematical Modelling and Computer Simulation in Bengaluru, delivering a top performance of 303.9 teraflops. Telecom and IT minister, Kapil Sibal has supposedly written to Prime Minister Manmohan Singh, detailing a Rs. 4,700 crore investment over the next five years to developer "petaflop and exaflop range of supercomputers." According to reports, Sibal has proposed that the Department of Electronics and Information Technology (DEITY) be commissioned to oversee the supercomputing development in the country.

The Centre for Development of Advanced Computing (C-DAC) has reportedly been tasked with overseeing the development of the new powerhorse, which is slated to be finished by 2017. "The Minister has written that C-DAC developed first supercomputers in the country, the PARAM series. Presently Param Yuva with 54 teraflop computing power is serving many researchers through Garuda Computing Grid," a government official said.

2017 is far away and there is no telling if another player will develop a supercomputer faster than the Sequoia, much faster even. Hopefully, the plans will be mutable in the sense that if a faster machine does enter the arena, the one being developed by C-DAC will have room for a performance boost.