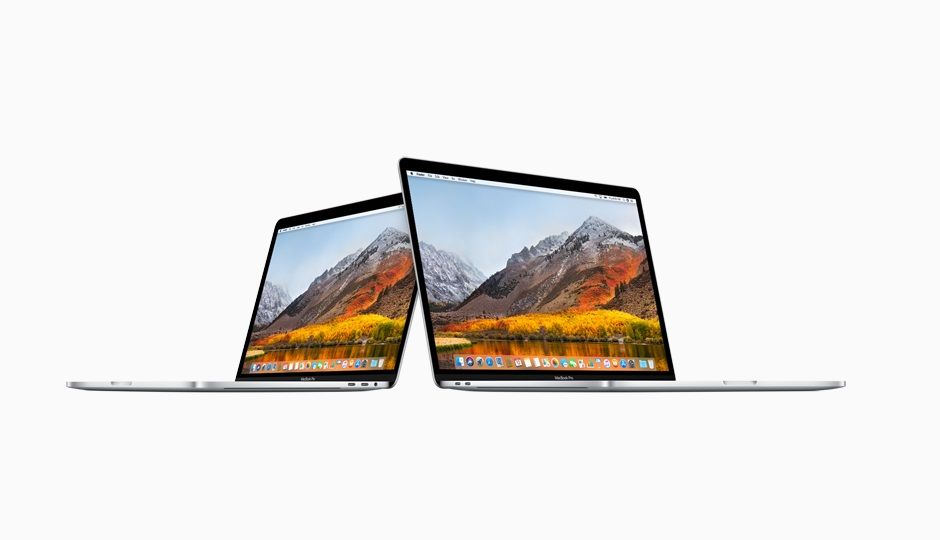 Apple is updating a part of the MacBook Pro line-up with up-to-date processors and a few new features. According to a press release sent out by Apple, the MacBook Pro models with a Touch Bar now offer the latest eighth generation of Intel Core processors. They also feature True Tone, a feature borrowed from Apple’s iOS devices, and a quieter keyboard. The MacBook Pro without a Touch Bar and other Apple models like the MacBook and the MacBook Air do not get any updates at this moment.

The 13-inch MacBook Pro with Touch Bar now offers eighth-gen quad-core Intel Core i5 and Core i7 CPUs with clock speeds going up to 2.7GHz and 4.5GHz respectively with Intel Turbo Boost. The GPU remains the same Intel Iris 655 with 128GB of embedded DRAM. Storage on offer goes up to 2TB. The price of the base model stays the same $1,799 (Rs 1,23,100 approx).

The 15-inch MacBook Pro with Touch Bar on the other hand, gets a more significant bump in specs. It now offers eighth-gen six-core Intel Core i7 and Core i9 CPUs with support for DDR4 RAM up to 32GB. The top-of-the-line CPUs clock at 2.9GHz, and speed up to 4.8GHz with Intel Turbo Boost. The GPU is an AMD Radeon Pro with 4GB of video memory. The price of the base model here too stays the same $2,399 (Rs 1,64,176 approx).

In both models, the battery capacity has been upped to support the updated CPUs and RAM. Battery life estimates from the company however, remain the same. No ports have been included or (more importantly) removed. The keyboard on the MacBook Pro, which was the cause of a lot of complaints in the recent past, has been updated to sound quieter during use. Both models continue to support Thunderbolt 3 for data transfer, charging, and connecting up to two 5K displays or four external GPUs.

Apple has included a few new features with the updated MacBook Pros. The first is the True Tone display, a feature borrowed from its iOS devices. It changes the colour temperature of the display automatically by reading the colour temperature of the space around the user. The second comes in the form of support for “Hey Siri”, a feature that allows the user to wake up Apple’s popular virtual assistant by voice to ask questions. This, along with other Touch Bar features, is powered by a dedicated chip named “Apple T2”.