The new exact price tag for the Apple MacBook is not known as of now and we also don’t know whether the MacBook Air will get a hardware update. 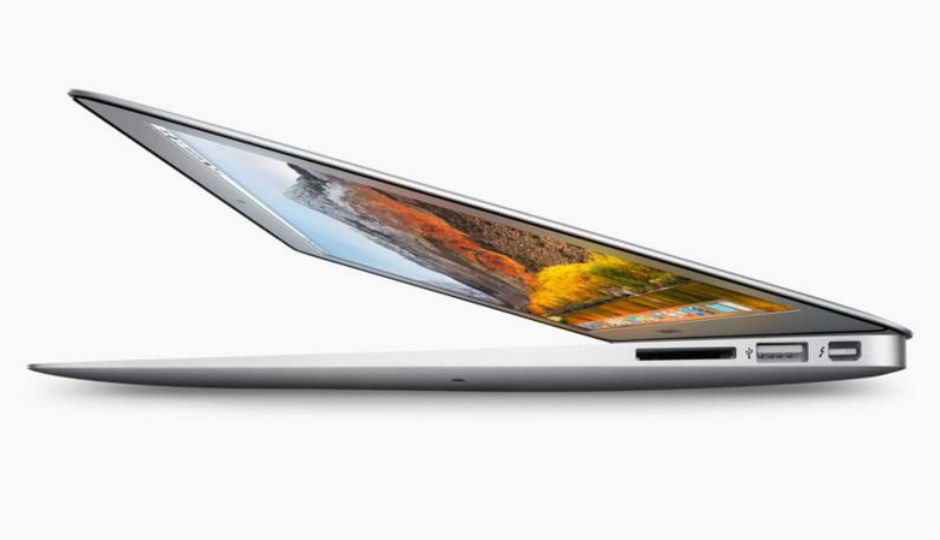 Trusted KGI Securities analyst Ming-Chi Kuo, who in the past has provided info on upcoming Apple products, has said that Apple might lower prices of the MacBook Air in the second quarter of 2018. The prices of the MacBook Air currently starts at $999 in the US and start at Rs 77,200 in India. Kuo didn't say how much price drop is expected or whether Apple may announce this at WWDC which is generally hosted in the second quarter itself.

“We expect Apple (US) to roll out the new MacBook Air with a lower price tag in 2Q18. We forecast total shipments of MacBook models will grow 10-15% YoY in 2018 (vs. 0-5% YoY decline for the NB industry), up from 15.5-16mn units in 2017. While Quanta, Radiant, Catcher and SZS are likely to benefit from strong shipments momentum, SZS also stands to benefit from increased market share and a higher ASP”.

The Apple MacBook Air saw its last substantial update way back in 2015 and is certainly outdated. Since then Apple has discontinued the 11-inch model completely. In recent times the 13-inch model got a newer processor. The current Apple MacBook Air is still powered by the 5th gen Intel Core i5 processor, which is a much older processor compared to what is available (8th gen) in the market. In India, Apple is selling two variants powered by the 1.8GHz dual-core chip, with both featuring 8GB DDR3 RAM. The less expensive model features a 128GB PCIe based storage and the higher variant provides 256GB of similar storage. While the laptop is using a much older processor, it is the display which looks the most dated. The 13.3-inch unit uses a glossy panel, which has bad viewing angles and supports on 1440 x 900p resolution.

Hence, we would likely to see the MacBook Air get a major update in terms of hardware and design in its next iteration.