Apple has reportedly filed registrations for five new iPads and Mac computers. The devices are expected to be launched at Apple's Special Event in September. 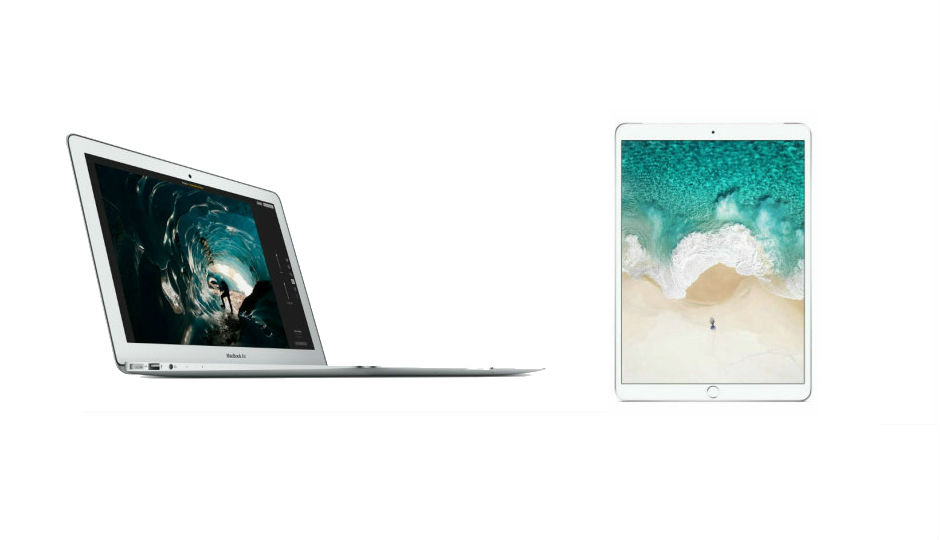 It seems that Apple is gearing up for its Special Event as it draws near. As per Consomac, via 9to5Mac, the company has registered five new iPad and MacBooks with the Eurasian Economic Commission (EEC). The Cupertino based company is rumoured to unveil a new lineup of updated iPads, along with a Pro model that is speculated to come with thinner bezels, compared to its predecessor. The new iPad Pro is also expected to feature FaceID and shed the home button. Also, sightings of two new MacBook Pro models on Geekbench also tips at refreshed laptops by the company.

The new EEC listing reveals five new Mac computers with model numbers A1931, A1932, A1988, A1989, A1990. The five new iPads have model numbers A1876, A2013, A1934, A1979, and A2014. What seems a bit off is that instead of running the latest iOS 12 and macOS Mojave, the iPads are running iOS 11 while the Macs are on High Sierra. Even though these listings provide an idea of what devices the companies are planning to launch, we suggest that you take them with a grain of salt. Back in April, 11 new iPhones were spotted on the EEC, but there has been no development on it since then.

Coming back to the filings, model numbers of the Macs hint at new, upgraded SKUs. The other model numbers could be of a revamped MacBook Air, which is also long due. As mentioned before, a new MacBook was spotted on Geekbench recently. The listing is also in line with some earlier reports as the ‘MacBook Pro 15,2’ is listed with an Intel Core i7-8559U Coffee Lake CPU that has a 28W TDP. The CPU has four cores, a 2.7GHz base frequency that can go up to 4.5GHz on Turbo Boost. The laptop is also running on macOS 10.13.6, which is an incremental High Sierra update. However, seeing that the new EEC filing also reiterates the same, it’s possible that Apple is testing the new laptops in a stable environment before updating to the new operating system that is currently awaiting a final release.

The alleged new MacBook managed to score 4448 in single-core test and 16607 in multi-core performance as per the Geekbench listing. This is to be expected from the Intel chip that comes with 8MB of L3 cache and Iris Plus 655 integrated graphics. The listing also reveals 16GB LPDDR3 memory on the device, which is running at 2133MHz. Additionally, the device could be an update to the 13-inch MacBook Pro that was launched last year. You can read more about it here.