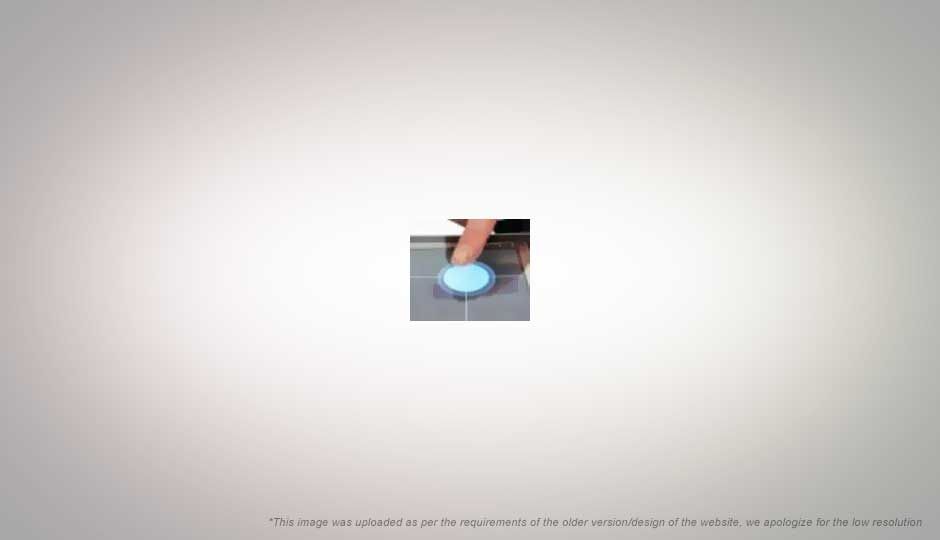 Mitsubishi is trying to make sure that you keep your gruby paws off their beautiful touchscreens. With their new prototype "3d Touch Panels" all you need to do is hover your dirty fingers near the screen, and the device responds. No.. no need to touch the screen, it know's where your finger's been!

Most touch screen displays use capacitive displays, which are to some extent 'aroused' without being touched. The new technology, by Mitsubishi, will actually allow to detect and track your finger upto 20mm (thats 2cm) with 256 levels of sensitivity, (i.e. Motions as small as 0.08mm).

So what this means is that now touchscreens can literally provide an extra dimension of interactivity. What cant we do? We have already seen how much can be accomplished by a simpel touchscreen merely by adding a multitouch diemnsion Allowing for actions like hovering over icons on the screen to select them. It can also detect the speed at which you are moving your fingers, as the screen backlight goes red when your finger are moving fast and blue when it moves slowly.

Since the technology used is quite similar to the one already used, it is perhaps possible to modify existing manufacturing plants to incorporate this funcitonality.