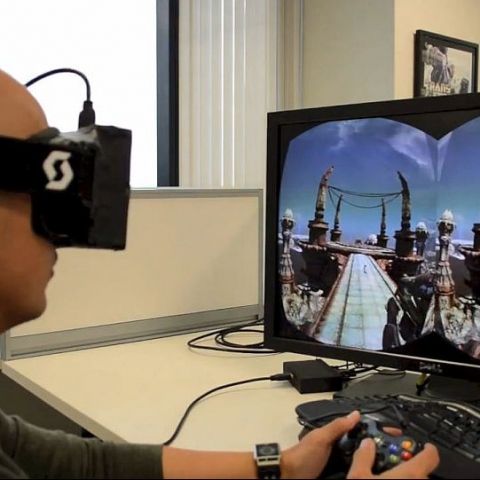 Oculus VR and its founder Palmer Luckey have been sued by ZeniMax Media, the owner of Id Software. Current CTO of Oculus, John Carmack co-founded Id Software 23 years ago. According to ZeniMax, Oculus, with its Rift virtual reality headset, is "illegally misappropriating ZeniMax trade secrets to VR technology and infringing ZeniMax copyrights and trademarks."

Carmack was hired by Oculus back in August 2013 and he later joined the company in November that year. ZeniMax says that Carmack helped Luckey in developing Rift VR headset while he was still employed by ZeniMax. Oculus has fired back saying, "The lawsuit filed by Zenimax has no merit whatsoever. As we have previously said, ZeniMax did not contribute to any Oculus technology. Oculus will defend these claims vigorously."

Oculus was recently acquired by Facebook with a $2 billion deal in March this year. ZeniMax says that Carmack received one of only two existing (at that point of time) Oculus prototypes while Luckey was tinkering with VR at the University of Southern California and then in online forums before forming his company. Luckey is the 21 year old founder of Oculus who wasn't even born when Id software was founded by programmers John Carmack and John Romero, game designer Tom Hall and artist Adrian Carmack (not a relative of John Carmack). Carmack showed off Oculus Rift prototype at E3 2012 which generated a lot of hype in the media after the company's blockbuster Kickstarter campaign in September 2012. Oculus is yet to officially release a commercial product. So far, it has sold two iterations of its Rift developer kit and even without any considerable product sales, Oculus is still considered as the leader in VR market.

Oculus has already tried to offer publisher equity to ZeniMax over various legal exchanges between the two companies but the talks did not reach a substantial agreed at any point of time. "ZeniMax's intellectual property has provided the fundamental technology driving the Oculus Rift since its inception. Nevertheless, the defendants refused all requests from ZeniMax for reasonable compensation and continue to use ZeniMax's intellectual property without authorization," ZeniMax says.

Oculus denied these claims last month, saying, "It's unfortunate, but when there's this type of transaction, people come out of the woodwork with ridiculous and absurd claims. We intend to vigorously defend Oculus and its investors to the fullest extent."

In an interview, Carmack has said that while he was employed at ZeniMax, the company did not want him to work of VR technology and that is the reason why he left the company. He says that he wanted to add VR support for upcoming Id title Doom 4 and the recently released Wolfenstein: The New Order. Carmack is known as a gaming legend for developing iconic titles like Doom and Quake while working at Id Software.

Robert Altman, CEO of ZeniMax says, "Intellectual property forms the foundation of our business. We cannot ignore the unlawful exploitation of intellectual property that we develop and own, nor will we allow misappropriation and infringement to go unaddressed."