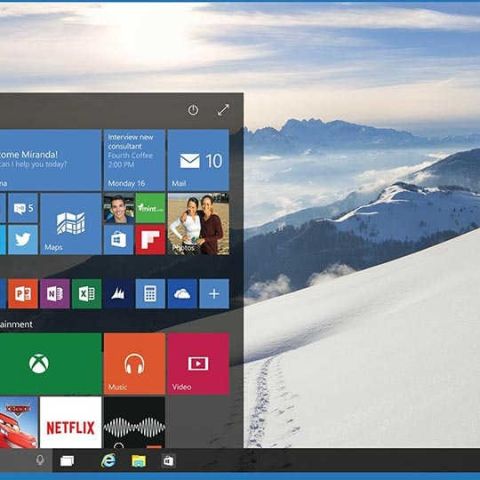 Barely a day after Microsoft’s build 10158 of Windows 10 was released, Microsoft has followed it up with a newer build 10159. Releasing it in the Windows Insider Fast ring, Microsoft has claimed that this new build will include over 300 bug fixes, and a new hero image for Windows 10, that will also form the new login screen.

Build 10158 of Windows 10 featured the new Microsoft Edge browser, a new Photos application, updates to the voice assistant Cortana, and overall user experience improvements. It will help improving the experience even further, as Microsoft continues preparing Windows for its launch.

Just two days into the release of Windows 10’s build 10158, many users who were actively downloading it might experience an 0x80246017 error code, as Microsoft has withdrawn the older build and replaced it with build 10159. Microsoft has asked users through its blog post to reboot the PC and check settings, which will show build 10159.

Gabe Aul, engineer and blogger for Microsoft, stated in the blog post, "We’d been using 10158 for almost a week and knew it was going to be a strong build, and the data backed that up so we released it yesterday. Hot on its heels though was build 10159, which in addition to more fixes (over 300 of them!), took in one very interesting change. We didn’t want to wait with 10158 so we went ahead and released that build while we were still evaluating 10159. As it turns out though, 10159 is also a great build and passes our criteria for the Windows Insider Fast ring."

There has recently been much discussion about the status of free upgrades to Windows 10, with Microsoft stating a host of declarations through its post. Windows 10 is queued for release on July 29th.