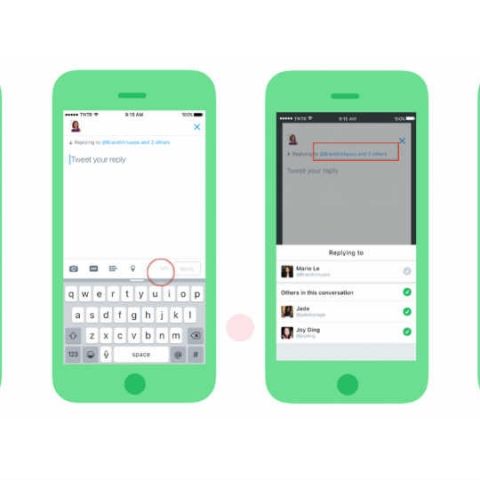 Twitter continues to be a platform restricted to 140 characters but the micro-blogging platform has been relaxing that rule lately. Twitter has announced a new move that @username won't be counted towards the 140 characters in reply tweets anymore. With the new update who you are replying to will appear above the tweet text and not within the tweet text itself, giving more characters to have conversations.

Twitter users can now click on "Replying to" to easily see and control who is part of an ongoing conversation. "When reading a conversation, you’ll actually see what people are saying, rather than seeing lots of @usernames at the start of a Tweet," Twitter says in a blog post. The new replies feature on Twitter is more akin to a threaded chat than conversations and it is already drawing criticism from some regular users.

We're changing replies so that you have all 140 characters to express yourself.

Twitter has been trying to bring new ways to interact on its platform. The company first simplified the option to quote tweet or retweet and then stopped counting photos, videos, GIFs, polls and quote tweets towards the 140 characters.

Twitter says the new update is based on user feedback and primarily meant to give more room for its users to express themselves. Twitter claims it found people engaging more with conversations with this new experience. The update is currently rolling out on the website as well as for Android and iOS app.