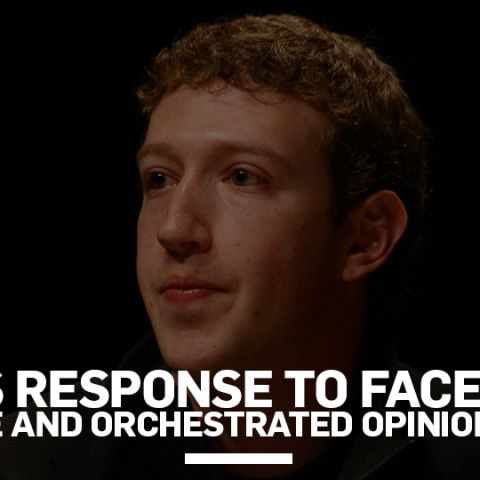 Today, TRAI, in a response to Facebook’s letter dated 13th January 2016, gave what can be best described as the most apt response that an arbiter can give. TRAI through this yet to be released letter, called out Facebook’s self-appointed spokesmanship and described Facebook’s methods as “reducing a meaningful and transparent exercise into a crude and orchestrated opinion poll”.

It’s no doubt that you’ve been bombarded with countless articles about Facebook’s FreeBasics platform covering both the pros and the cons but they’ve mostly been written by media agencies like ours. In a way, it feels like the activism part has been left to the a select few who have been quite vocal about the issue with the regulatory body seeming like a mute observer. Not anymore, TRAI’s response to Facebook might just make you look at the agency in a new light. We spotted TRAI's response thanks to a few tweets by Nikhil Pahwa, founder of Medianama.

TRAI repeatedly rebukes Facebook’s way of dealing with the whole consultation process. This is after the fact that TRAI said that the previous 14 lakh responses received by the regulatory agency will not be considered since they did not address any of the questions asked in the original consultation paper. And that Facebook’s insistence about the same was “wholly misplaced”. TRAI further added that “Neither the spirit nor the letter of a consultative process warrants such an interpretation which, if accepted, has dangerous ramifications for policy-making in India”.

In case you are new to this back and forth here’s what’s happened so far:

Since even comedians have demystified the core concepts of net neutrality we’ll assume you’ve seen one of those countless videos or read one of those articles. Here, we’ll only concentrate on the tussle that’s been going on between Zuckerberg and our regulatory authority thus far.

The story will move forward into its next phase when TRAI finally holds the differential pricing discussion on the 21st. Stay tuned.