The Pope warns against companies putting products ahead of people

Pope Francis spoke at the annual Ted Conference in Vancouver, speaking about solidarity and the "culture of waste". 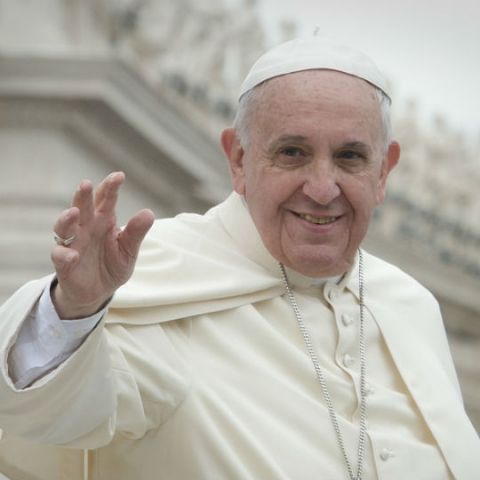 It’s been said before, that tech companies, or corporates in general, don’t really care for the people. But in case you didn’t believe it, perhaps a warning from The Pope will set things in order. In a Ted Talk at the annual Ted Conference in Vancouver, Pope Francis appeared on the giant screen, with a pre-recorded speech. While the Pope’s message is broader, about human responsibilities, solidarity and tenderness, he does speak about scientific and technological advancements as well.

“Even science - and you know it better than I do - points to an understanding of reality as a place where every element connects and interacts with everything else,” said The Pope. “How wonderful would it be if the growth of scientific and technological innovation would come along with more equality and social inclusion,” he continues.

In speaking about solidarity, the Pope says, “Only by educating people to a true solidarity will we be able to overcome the “culture of waste”, which doesn’t concern only food and goods, but first and foremost, the people who are cast aside by our techno-economic systems. Which without even realising it are now putting products at their core, instead of people.”

His Holiness is obviously alluding to consumer gadgets and the idea of “upgrading” products in quick succession. Companies aren’t the only culprits. While they dig for profits, coming up with incrementally advanced products every few months, consumers also tend to buy new products before they actually need them.

Consider times past, about a decade ago, when a laptop would be considered unusable only when it actually stopped working. It’s even more rampant with phones, with people upgrading in name only, while their older phones go to waste.