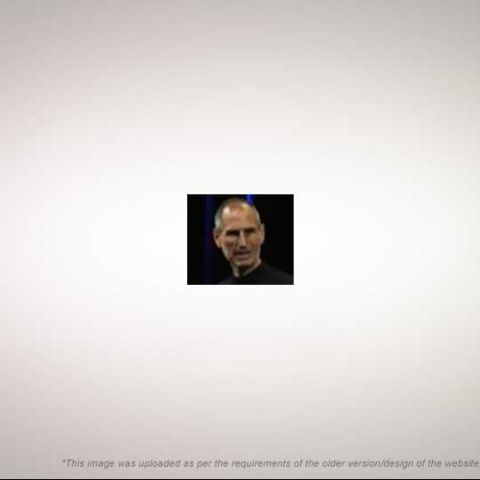 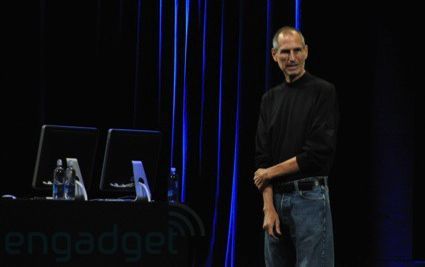 Steve Jobs is back!
Trust Apple to pick 09/09/09 as the date to mark the return of Steve Jobs to his beloved keynote addresses that made the company famous. The founder of Apple was back in the limelight at the Rock and Roll event in San Francisco, after a year-long hiatus for medical reasons. The standing ovation apparently lasted 45 seconds!
"I'm vertical, back at Apple and loving every day of it," Jobs said.
iPhone OS 3.1
The first item on the evening’s agenda was the introduction of iPhone OS 3.1 for the iPhone and iPod Touch.
The update – available for free download – brings the Genius function to the music playing devices as a built-in algorithm figures out the user’s tastes and recommends new music and apps accordingly.
Jobs also announced that Apple will be adding over 30,000 new ring tones that will be sold at $1.29 (Rs. 63 approx) per download.
iTunes 9
Keeping the focus on music, the Apple CEO unveiled iTunes 9 – the latest version of the company’s popular media-management software. What’s new in this one?
For starters, there’s the new ‘iTunes LP’ system for downloading full albums with liner notes, art, etc. Basically, it’s the Cocktail feature that we previously reported.
Similar to iTunes LP, videos will be getting a feature called iTunes Extra. It’s not much different from the extras that come in a DVD of a movie, but we guess the purpose is to make sure you don’t have to buy the DVD just for that now. All iTunes, all the time? 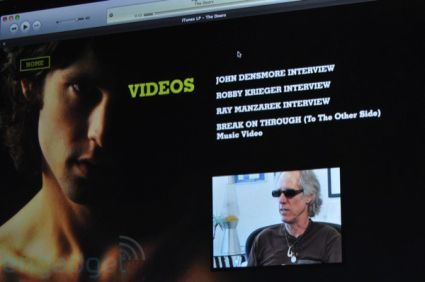 An iTunes LP of The Doors, complete with video interviews
The most interesting aspect, though, was the new Genius Mixes. This feature goes through your library and creates ‘Genius Playlists’ – it’s an automatic mix tape machine! In layman’s terms, it’s like switching on the ‘Shuffle’ feature where the software is smart enough to figure out which songs play well with which ones, and creates playlists accordingly. Nice one, that!
And iPhone and iPod Touch owners will be glad to see that the new iTunes will support Apps management for your device.
A new feature called ‘Home Sharing’ lets five local computers share songs, videos and apps. Hmmm, the idea of sharing apps with your family and thus reducing costs has made the penny-pincher in us very happy indeed.
iPhone and iPod Touch to get their game on!
Phil Schiller, Apple’s marketing chief, came on stage to declare that that the iPhone and iPod Touch were the top-selling portable media players around. Shocking news indeed, eh?
The only part of his entire speech that mattered was when he introduced the launch of several gaming titles on the iPhone OS 3.1, helped by the increased compatibility with OpenGL 3D.
Ubisoft will be coming out with an Assassin’s Creed game for the iPhone, coinciding with the launch of Assassin’s Creed 2. 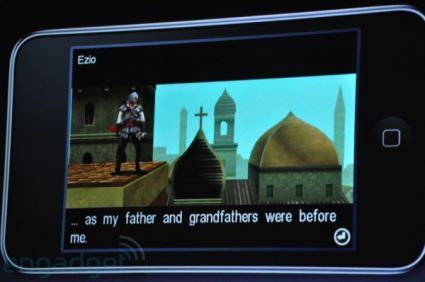 Assassin's Creed on the iPhone. Yummy!
A new game called ‘Riddim Ribbon’ will be coming out, which Engadget describes as a combination of Wipeout and Rock Band.
Gameloft will be launching a first person shooter called Nova, which looks like its developers kept playing Halo till the day before the launch and just used Bungee’s popular title at the last minute.
Electronic Arts will be staying true to its sports-loving fans and release a version of Madden NFL for the iPhone.
And there's more...
Of course, this wasn’t all that the Apple event had to show off. The Rock and Roll event announced new prices and storage capacities for all of the iPod products, along with the new ability to throw in your favourite set of headphones on the iPod Shuffle.
Oh, and one more thing: The new iPod Nano can now shoot video and comes with built-in microphone, speakers and FM radio.
Source: Engadget, Gizmodo
All images from Engadget