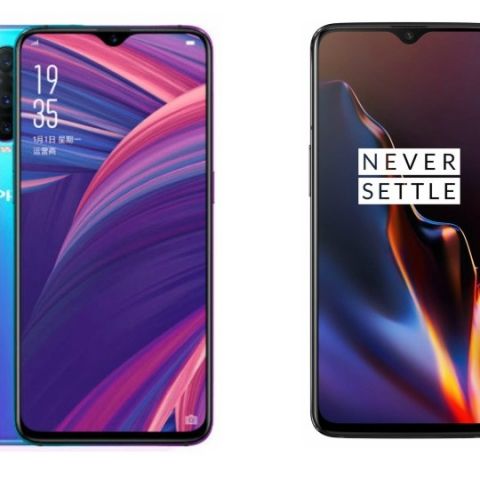 The Oppo has launched its premium mid-range segment smartphone Oppo R17 Pro in India on December 4. The phone comes with a Qualcomm Snapdragon 710 octa-core processor and features a triple camera setup at the back. On the other hand, we have the OnePlus 6T that also comes with an in-display fingerprint sensor and a dual rear camera. Let’s do a quick specification comparison of the two to see which one packs a better hardware under its hood? 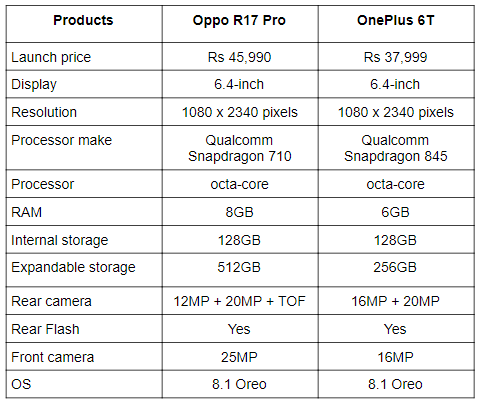 When it comes to the display, there is no difference between the two devices as Both smartphones come with a 6.4-inch display that offers a resolution of 1080 x 2340 pixels.

As far as the cameras are concerned, the Oppo R17 Pro features a triple 12MP + 20MP + TOF 3D sensing camera at the back. The TOF camera allows you to map objects accurately within a distance of up to 3 meters. At the front, it has a 25MP front shooter. Coming to the OnePlus 6T, the phone features a dual 16MP + 20MP rear camera with a 16MP sensor at the front.