The Nokia 8.1 with a Qualcomm Snapdragon 710 processor and a notched display is all set to go on sale for the first time In India today via Amazon. The device was launched in India a couple of weeks back with a promise to run on Android 9.0 Pie. On the other hand, we have the Honor 8X that was launched a few months back with a dual camera setup and notched display. The phone is available in three variants in India. So, let's compare these two mid-range smartphones to see which device is the best in terms of specifications. 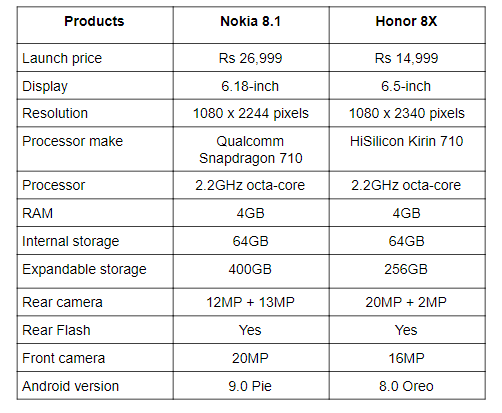