Today, we are comparing the Nokia 7.1 with the Nokia 6.1 Plus to see what’s new company has added in its latest smartphone? 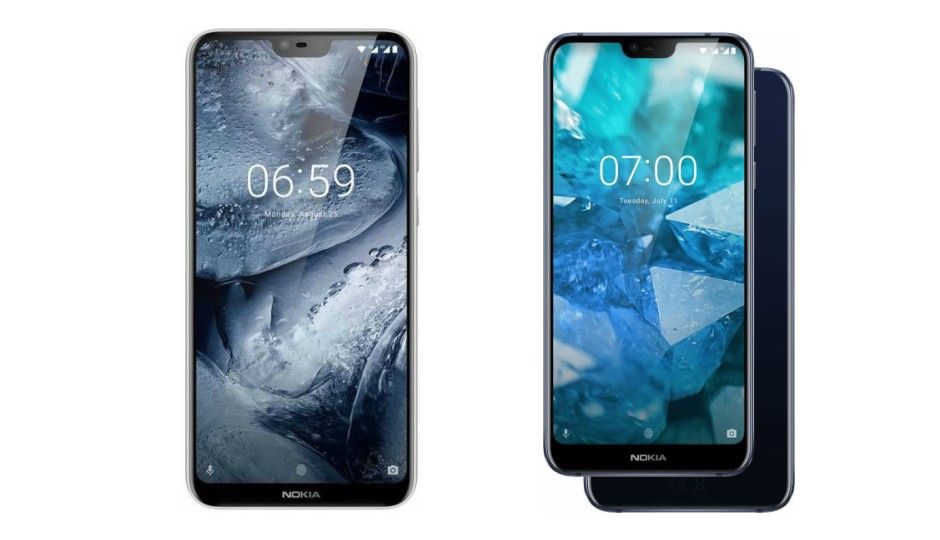 The Nokia 7.1 is the latest device in HMD global Nokia Plus series. The phone features almost a similar design as the Nokia 6.1 Plus and Nokia 5.1 Plus. The smartphone comes with a traditional notch on top of the display with an aspect ratio of 19:9. This mid-range segment smartphone not just carries the same design as the Nokia 6.1 Plus but also have similar specifications such as a Qualcomm Snapdragon 636 processor and 3,500mAh battery. However, there are some upgrades that has been made by the company in terms of cameras and OS. so, let’s take a look at the specifications of these two to see what’s different company has come up with its latest device in comparison to the Nokia 6.1 Plus. 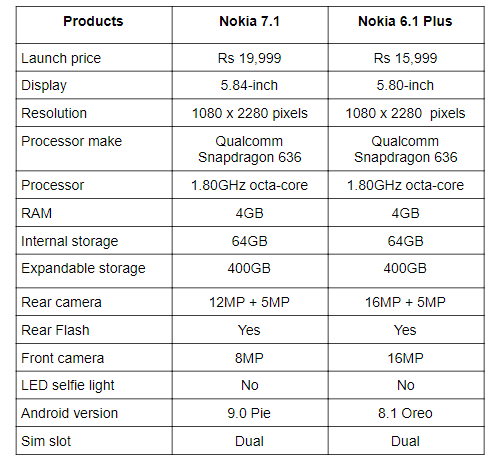 When it comes to the performance, both devices are powered by a Qualcomm Snapdragon 636 processor, which is paired with 4GB RAM and 64GB internal memory.