The Lenovo Z5 Pro GT is all set to launch in January 2019 with Qualcomm Snapdragon 855 chipset. We are comparing the device with the flagship killer OnePlus 6T too see which one would win the battle on paper? 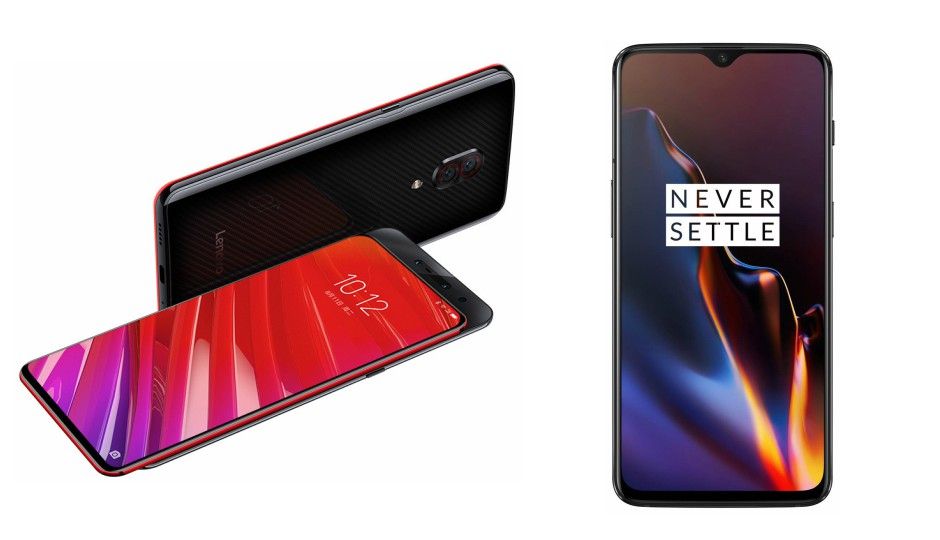 The Lenovo has announced its first flagship device of 2019 “Z5 Pro GT” during the launch of Lenovo Z5s in China. The Lenovo Z5 Pro GT is the world’s first smartphone with 12GB RAM and 855 Qualcomm chipset. On the other hand, the OnePlus 6T, which was launched a couple of months back in India comes with the latest Qualcomm Snapdragon 845 processor and in-display fingerprint sensor. Let’s just do a quick specs comparison to know which device offers the best? 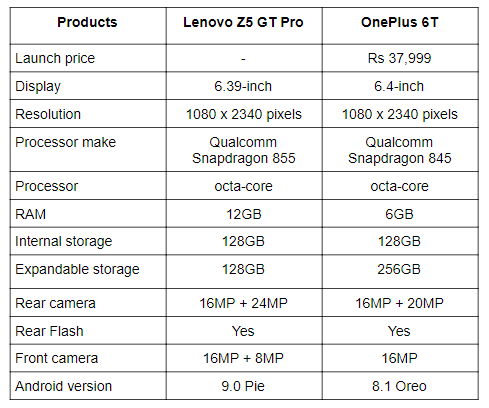 When it comes to the processor, the Lenovo G5 Pro GT is the world’s first smartphone, which will feature a Qualcomm Snapdragon 855 processor. The phone will be launched to up to 12GB RAM model.

The OnePlus 6T is backed by the latest Qualcomm Snapdragon 845 processor, which is coupled with 6GB RAM and 128GB internal memory.

The Lenovo Z5 Pro GT price has not been revealed by the company yet. However, the smartphone is supposed to launch in January 2019. On the other hand, the OnePlus 6T is available in India for Rs 37,999.