The Huawei is all set to launch its Nova 4 in China on December 17. We are comparing the device with the Huawei’s flagship device P20 Pro to see which premium device by the company packs a better hardware under its hood. 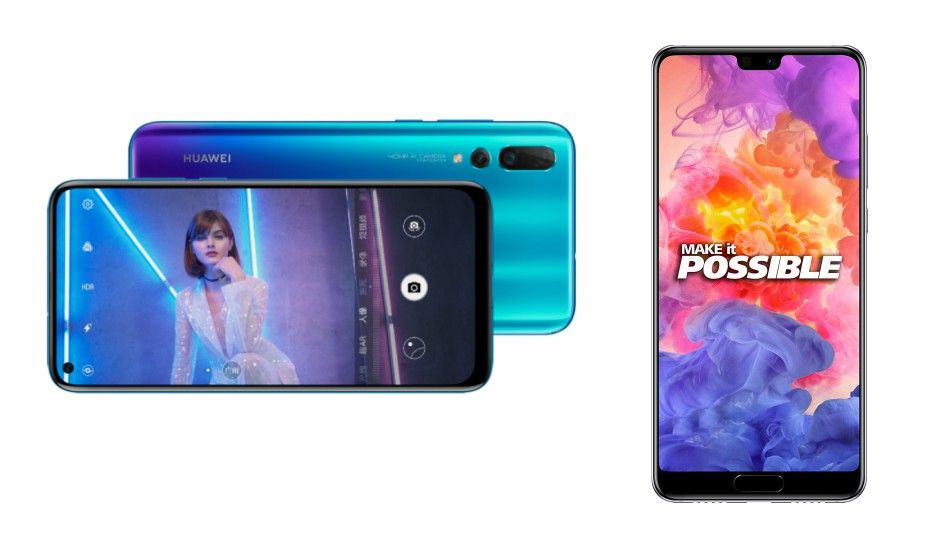 The Huawei P20 Pro was the first smartphone by the company, which was launched with a triple camera set up at the back. The Huawei's flagship device P20 Pro is powered by a Kirin 970 octa-core processor. On the other hand, the Huawei’s Nova 4 that is going to launch on China on December 17 is the second smartphone after Samsung A8s to have a punch hole cut out at the front for a selfie camera. We are comparing the two devices to see which one has a better hardware to offer at least on paper.

The Huawei P20 Pro sports a 6.10-inch display that offers a resolution of 1080 x 2240 pixels. It comes with a notch on top of it, which houses the front-facing camera and a speaker. On the other hand, the Huawei Nova 4 has a slightly bigger 6.4-inch display, which features a punch hole cut out at the front for a selfie camera.

The Huawei P20 Pro is powered by Huawei’s own Kirin 970 octa-core processor. The smartphone packs 6GB RAM and 128GB internal memory that is expandable via a microSD card.

The Huawei Nova 4 will also be expected to feature Kirin 970 Octa processor. The device is expected to be launch with up to 8GB RAM and 128GB internal storage model.

The Huawei Nova 4 has launched with a triple camera set up at the back that will include a 48MP Primary camera, 20MP secondary camera, 2MP depth sensor with a 25MP unit at the front.

The Huawei P20 Pro also features a triple 40MP+20MP+8MP camera setup at back along with a 24MP sensor on the front.