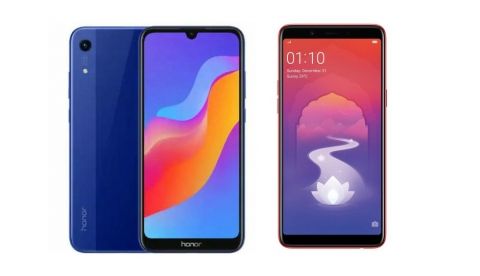 The Honor Play 8A has been officially revealed in China last week. The device comes with a 6.0-inch display and a MediaTek P35 chipset. On the other hand, the RealMe 1, which was launched last year with a MediaTek Helio P60 processor is now available in India for Rs 12,990. We are doing a comparison of the two, which is based on specifications, features, and price. 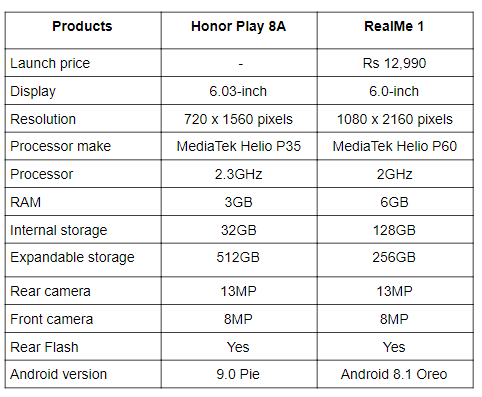 When it comes to the performance, the Honor Play 8A is powered by a MediaTek Helio P35 octa-core processor, which is clocked at 2.3GHz. On the other hand, the RealMe 1 is backed by MediaTek Helio P70 processor. The smartphone is available in two storage models 64GB and 128GB.

The RealMe 1 is available on Amazon for Rs 12,999, while you have to wait for the Honor Play 8A India launch for a bit.