Specs comparison: Honor Play 8A vs Honor 7A

The Honor Play 8A, which was expected to launch as the Honor 8A is now been launched in China last week. We are comparing the device with its predecessor the Honor 7A to see what’s new company has to offer with its latest device. 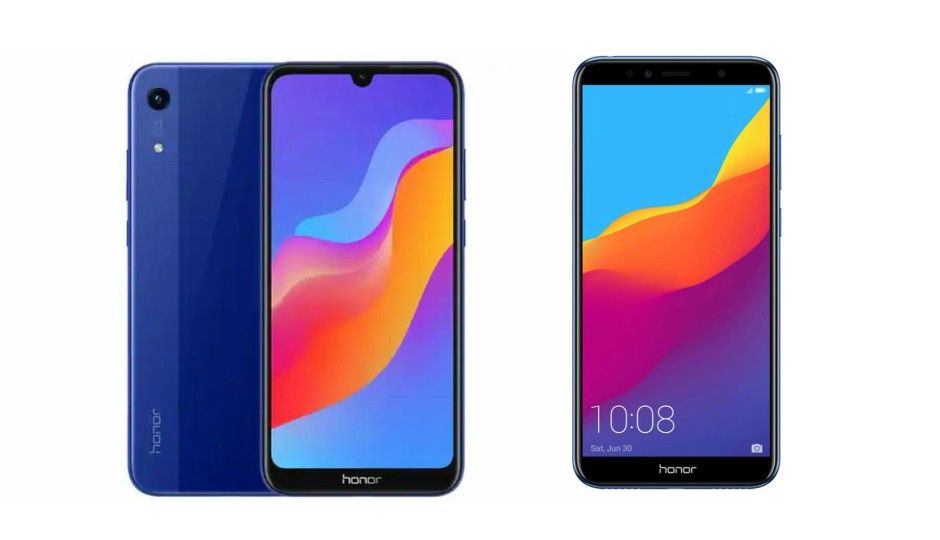 Specs comparison: Honor Play 8A vs Honor 7A

There were a lot of speculations on the internet about the device from the last few weeks. Finally, the smartphone has been launched in China as the Honor Play 8A in two RAM/storage variants. The key highlights of the smartphone are the HD+ panel that comes with a water-drop notch on top of it. The phone is a successor to the Honor 7A that was launched with a dual camera setup on the back. Let’s do a quick specs comparison of the two to find out what’s different company has to offer with the Honor Play 8A in comparison to its predecessor. 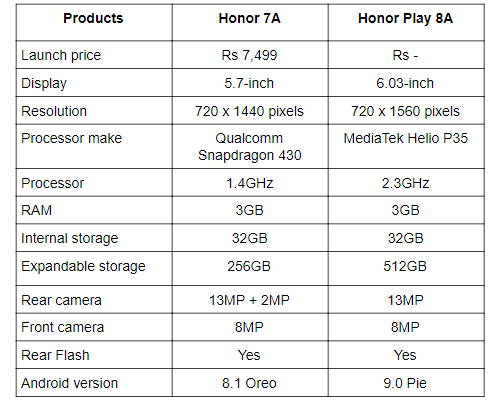 When it comes to the performance, the Honor 7A is powered by a Qualcomm Snapdragon 430 processor, while the Honor Play 8A is equipped with a MediaTek chipset, which is clocked at 2.3GHz.

The Honor 7A is available on Amazon For Rs 9,225, while the Honor Play 8A is not yet launched in India.