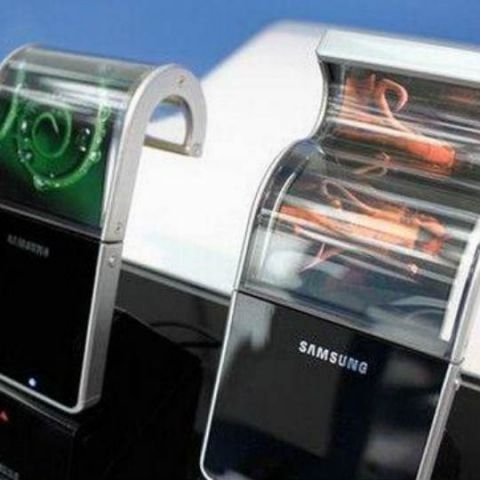 Samsung's display division will unveil world's 'first stretchable OLED display' at Display Week conference tomorrow. The Korea Herald reports Samsung will showcase a 9.1-inch stretchable OLED panel that can bend up to 12mm in both the directions.

The stretchable display is bendable, foldable and rollable and is seen as the most advanced form of flexible display technology. The potential use case of the devices includes wearable display, Internet of Things and automobile displays. While the technology is still in a nascent stage, Samsung's announcement tomorrow should pave way for other manufacturers to follow suit with similar technology.

"While current flexible OLED is able to be transformed in only one side, this stretchable OLED can be transformed -- whether curved, bended or rolled -- in both sides, above and below" a Samsung Display representative told The Korean Herald. Samsung has also confirmed that the technology is not yet ready for mass production and will take few years before being commercially available in the form of a consumer product.

Samsung is also said to unveil a 5.09-inch glassless 3D OLED panel aimed at the immersive multimedia experience and VR products. The display is reportedly capable of reproducing objects in the panel, which change depending on the viewers position. This could be used in a multitude of ways like 3-D pop-up books, 3-D games and virtual reality."

Samsung Display is also tipped to introduce a 1.96-inch ultra-high-definition LCD for virtual reality, augmented reality and holographic experiences. The display with a resolution of 3840 x 2160 translates to a pixel density of 2250ppi.

Besides this the company is said to be working on next-generation OLED displays for its smartphone and TV lineup apart from developing future display technologies. The company is also tipped to be developing OLED panels for use in Apple's rumoured tenth anniversary iPhone.