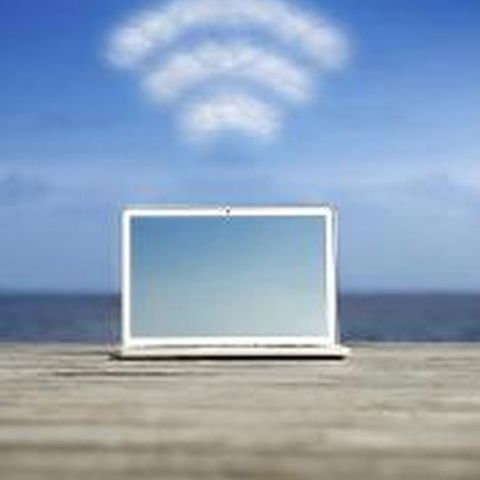 An Indian-origin researcher has developed a system that uses Wi-Fi Internet signals to beam power to remote devices such as a surveillance camera.

The technology has been developed by doctoral student Vamsi Talla and his colleagues at University of Washington in Seattle. The system is known as power-over-Wi-Fii. The  tech uses the power from the Wi-Fi radio broadcasts that a simple antenna can pick up. The Wi-Fi receivers are designed to harvest the information that these broadcasts carry.

Talla and his team simply connected an antenna to a temperature sensor and placed it close to a Wi-Fi router. They measured the resulting voltages in the device and for how long it can operate on the remote power source alone. The team attached a camera to the antenna and created 174 x 144 pixel black and white images, which require just 10.4 millijoules of energy per picture. The team attached a low leakage capacitor to the camera which activates when the capacitor is charged and continues operating until the voltage drops to 2.4 Volts. "The battery-free camera can operate up to [about five meters] from the router, with an image capture every 35 minutes," Talla told MIT Technology Review.

Team was able to increase the distance to seven meters using a rechargeable battery.The router could even power the camera through a brick wall, demonstrating that it would be possible to attach the device outside while keeping the power supply inside. "The technology would be hugely useful for surveillance, perhaps connected to a movement sensor to trigger the camera when something moves in its field of view," Talla noted.

The team added that the tech had the potential to power small, low-power sensors and actuators that are commonly found in all homes and workplaces as part of the internet of things. "The ability to deliver power wirelessly to a wide range of autonomous devices and sensors is hugely significant," said a story about the research in MIT's Technology Review. " Powi-fi could be the enabling technology that finally brings the internet of things to life."