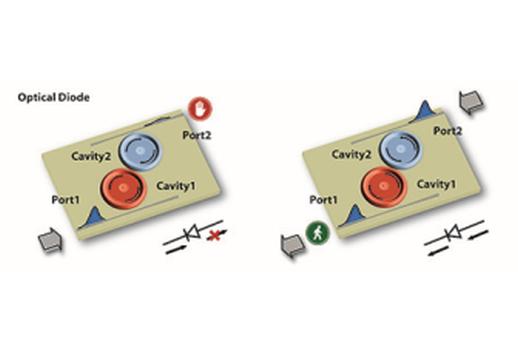 "We believe that our discovery would benefit many other fields involving electronics, acoustics, plasmonics and meta-materials," said Lan Yang, an associate professor of electrical and systems engineering at Washington University. "Coupling of so-called loss and gain devices using PT (parity-time)-symmetry could enable such advances as cloaking devices, stronger lasers that need less input power, and perhaps detectors that could 'see' a single atom," Yang added.

Yang and Ozdemir stated that the concept can be extended to acoustics, electronics and other fields to make one-way channels, and photonic devices with advanced functionalities, and the researchers added that they are already working on new experiments relying on PT-symmetry.

"Our resonators are small enough to use in computers and future optical information processors," Peng noted.

Recently, Afreed Islam, a Guwahati schoolboy developed a prototype of a computer system that uses a microchip, embedded within an operating system, that works both on Windows and Linux-based software at the same time. The microchip works as a storage unit and avoids the risk of data loss or system crash.