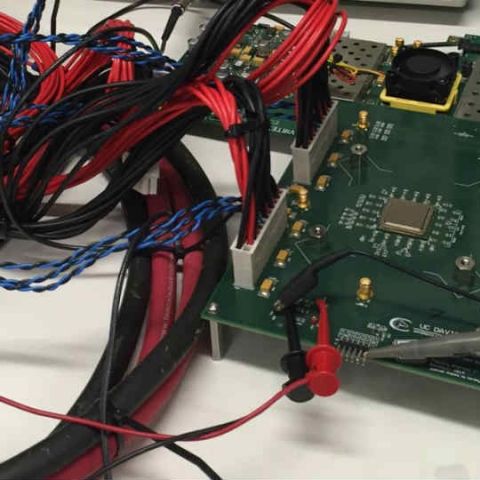 The average maximum clock frequency of the Kilocore is about 1.78GHz

A team of researchers at the UC Davis research facility has developed a new processor with a whopping 1000 cores. It is called the ‘Kilocore’ and contains 621 million transistors. The processor can achieve the maximum computational rate of 1.78 trillion instructions per second. The Kilocore was fabricated by IBM using a 32nm CMOS process. Further, the processor only requires about 0.7W of power, that’s less than what a AA battery provides. This makes it almost 100 times more efficient than a normal laptop processor.

This is the first time a processor with these many core have been manufactured. The maximum achieved before this was 300 core. Such multi-core processors are generally developed and used for research purposes. According to Bevan Bass, who led the team that designed the chip architectures, said, “Each processor core can run its own small program independently of the others, which is a fundamentally more flexible approach than so-called Single-Instruction-Multiple-Data approaches utilized by processors such as GPUs; the idea is to break an application up into many small pieces, each of which can run in parallel on different processors, enabling high throughput with lower energy use.”

All 1000 cores of the Kilocore can be independently clocked, which means that cores that aren't required for a certain task, can be shut down as required. The average maximum clock frequency, though, is about 1.78GHz.

The Kilocore is not meant to be commercial. It will continue to be part of research and development, but it does raise the possibility of more multi-core processors making their way into mobiles.