The Facebook CEO also took a subtle dig at Apple in China, saying it won’t store any user data at “places [countries] where [data] won’t be secure.” 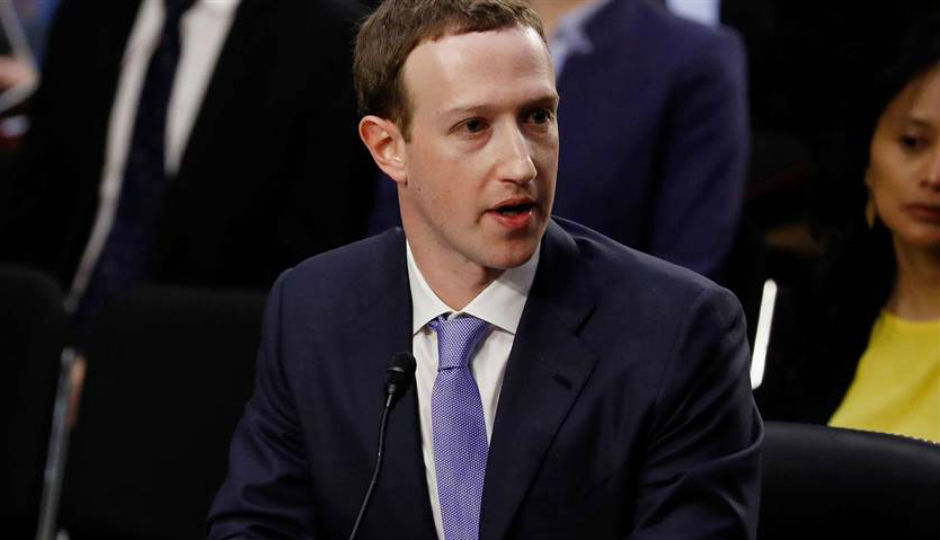 The year 2018 brought a lot of bad news for Facebook. The company was mired in several user data privacy related controversies, but now the company seems to be looking forward to building a secure social networking platform across all its apps, or atleast that is the message in Mark Zuckerberg's 3200-word letter addressed to people questioning the company’s ability to provide a secure way of communication. The letter is Zuckerberg's "Privacy-Focused Vision for Social Networking”.

“My focus for the last couple of years has been understanding and addressing the biggest challenges facing Facebook. This means taking positions on important issues concerning the future of the internet. In this note, I’ll outline our vision and principles around building a privacy-focused messaging and social networking platform. There’s a lot to do here, and we’re committed to working openly and consulting with experts across society as we develop this,” Zuckerberg said in his letter.

Zuckerberg wants readers of the letter to know that he believes that a privacy-focused communications platform will become more important than today’s open platforms because privacy gives people the freedom to connect more naturally. In his letter, the executive also laid out the steps taken by the company to provide a secure atmosphere for people to communicate with each other.

He laid out some principles that Facebook would follow while designing and implementing a secure platform where “people can be confident what they say to each other stays secure and their messages and content won’t stick around forever.” “This is the future I hope we will help bring about,” he said. He also recognised that he may not have people’s support in what he plans to do.

“I understand that many people don’t think Facebook can or would even want to build this kind of privacy-focused platform — because frankly we don’t currently have a strong reputation for building privacy protective services, and we’ve historically focused on tools for more open sharing. But we’ve repeatedly shown that we can evolve to build the services that people really want, including in private messaging and stories,” Zuckerberg said.

On the relevance of public social networks, the CEO said that these will continue to play an important part in people’s lives, that is, for connecting with everyone they know, discovering new people, ideas and content, and giving people a voice more broadly. He noted that since people also want to interact privately, Facebook sees this as an opportunity to build a simpler platform that’s focused on privacy first.

“We plan to build this the way we’ve developed WhatsApp: focus on the most fundamental and private use case — messaging — make it as secure as possible, and then build more ways for people to interact on top of that, including calls, video chats, groups, stories, businesses, payments, commerce, and ultimately a platform for many other kinds of private services,” he explained.

On end-to-end encryption, Zuckerberg said that the need is imperative, however, the company also has a responsibility towards the society. “...there are real safety concerns to address before we can implement end-to-end encryption across all of our messaging services. Encryption is a powerful tool for privacy, but that includes the privacy of people doing bad things. When billions of people use a service to connect, some of them are going to misuse it for truly terrible things like child exploitation, terrorism, and extortion,” the CEO highlighted.

He vowed to work with the governments, but shared an instance where the encryption had his employee sent to jail. Highlighting the need for encryption to safeguard users’ data and misuse, Zuckerberg said that governments often make unlawful demands for data. “...and while we push back and fight these requests in court, there’s always a risk we’ll lose a case — and if the information isn’t encrypted we’d either have to turn over the data or risk our employees being arrested if we failed to comply,” he added.

Finally, putting emphasis on secure data storage, Zuckerberg said the company is willing to be banned in countries that object to its new focus on privacy. Although he did not directly take the name of any country or company, but the part of his letter that focused on data storage had an undertone targeting China and rival Apple. Facebook and Apple have been at loggerheads over privacy and the top executives of both Apple and Facebook have traded barbs over the issue.

In the letter, Zuckerberg subtly took a dig at China as well as Apple. By doing this, he may lose a good chance of expanding business in the South Asian country where Facebook has been trying hard to make inroads. For those who don’t know, Apple’s Chinese iCloud partner, Guizhou-Cloud Big Data (GCBD), cut a deal with the state-run China Telecom last year, according to which all user data was moved to the latter’s servers. This raised privacy concerns as people thought of a possibility that the Chinese government could gain access to it.

“People want to know their data is stored securely in places they trust. There’s an important difference between providing a service in a country and storing people’s data there. As we build our infrastructure around the world, we’ve chosen not to build data centers in countries that have a track record of violating human rights like privacy or freedom of expression,” Zuckerberg said.

“If we build data centers and store sensitive data in these countries, rather than just caching non-sensitive data, it could make it easier for those governments to take people’s information,” he added. He says that the best way to protect the most sensitive data is not to store it at all, “which is why WhatsApp doesn’t store any encryption keys and we plan to do the same with our other services going forward.”