IIT alumnus builds a robot that can read human minds 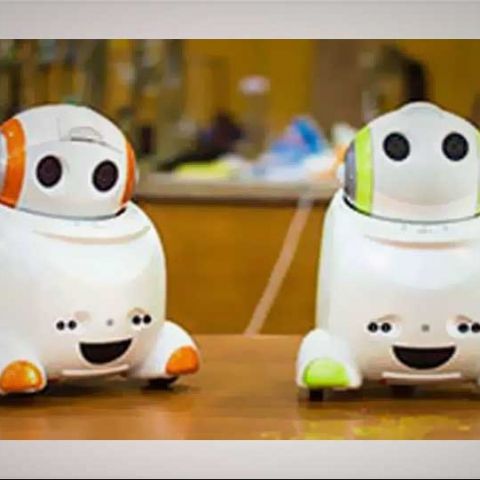 Rajiv Khosla, an alumnus of Indian Institute of Technology and professor at Australia's La Trobe University, has build one of the world's most advanced robots named Charles. The robot can emote, sing, talk and even read human minds.

Charlie is a 6.5 Kg robot designed to help people with problems like dementia, autism, brain injury and other illness. The robot can perceive a person's needs through their moods and facial expressions. Charles has been programmed to speak 11 languages including Hindi, Chinese, Tamil, Italian and German.

"A child with dementia will often forget to wash his hands in the washroom. The robot will constantly have his eyes on him and remind him that he hasn't washed his hands and that he needs to do it," Khosla said at the demonstration of the model organized by the Australian High Commission in New Delhi.

Researchers have carried out more than 20 field trials with Charlie and other robots like Matilda, Jake and Lucy in Australia. The communication with the robots can be done through voice commands, tablets, touch pads and even using facial expressions. The robots are able to detect a person feelings and accordingly personalizes its services.

"Once the emotional status is established, then the learning starts for both the robot as well as the human being. It can be used by all age groups to take therapeutic effects and positive stimulus," said Khosla who is also the Director of the Research Centre for Computers, Communication and Social Innovation at the La Trobe University.

Khosla designed the robot along with his team at La Trobe University in collaboration with Japanese electronic giant NEC Corp. The price of the robot is estimated at Rs 90,000.

The interest in robotics field has grown considerably with internet giants Google and Amazon exploring the field. Recently Google acquired Boston Dynamics, which is known for developing super-fast military robots for the US Army. Google has also acquired over seven robotics firms in the last year.