Currently headed by an Indian Sundar Pichai, Google was established on September 4, 1998 by its two founders Larry Page and Sergey Brin when they met at Stanford University. 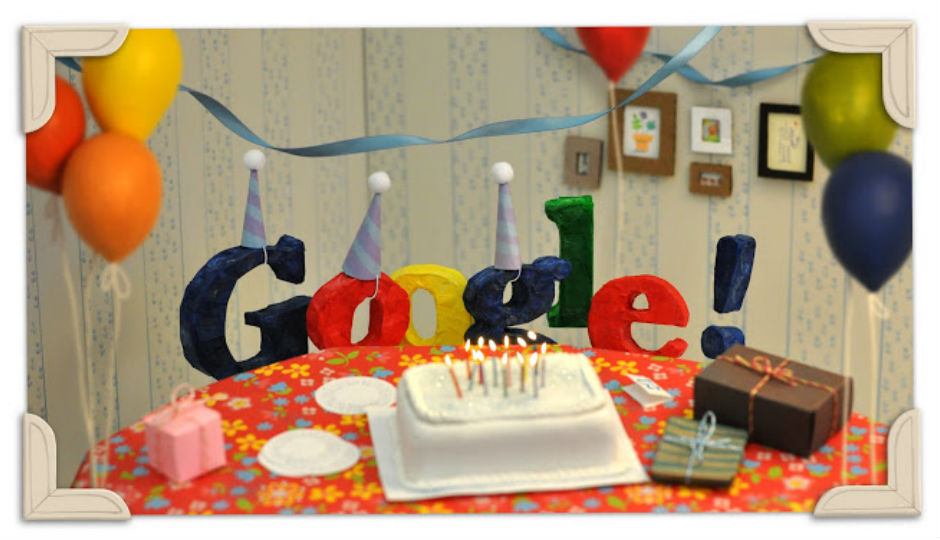 Google is celebrating its 20th birthday on September 4 and it is fascinating to know that a 20-year-old (or should we say ‘youngster’) has answers to almost all the questions in the world. From its foundation in a Menlo Park garage in 1998, to the gigantic headquarters in Mountain View, Google has evolved a lot through its 2 decade-long existence. Once just a search engine, the $852 billion company is now a leader in digital advertising, software, as well as hardware. On Google's 20th anniversary, here are some interesting and fun facts to get you better aquainted with the company that touches millions of human lives every day. Happy Birthday Google!

1 Google was basically an academic project that was started by its founders Larry Page and Sergey Brin. The two graduate students at Stanford had no background in entrepreneurship but had to launch the company because investor Andy Bechtolsheim gave them a $100,000 cheque, and they couldn't deposit without creating an incorporated company. The founders’ first workplace was the apartment and garage of a friend called Susan Wojcicki in Menlo Park, California. Wojcicki was Google employee number 16 and is now CEO of YouTube. 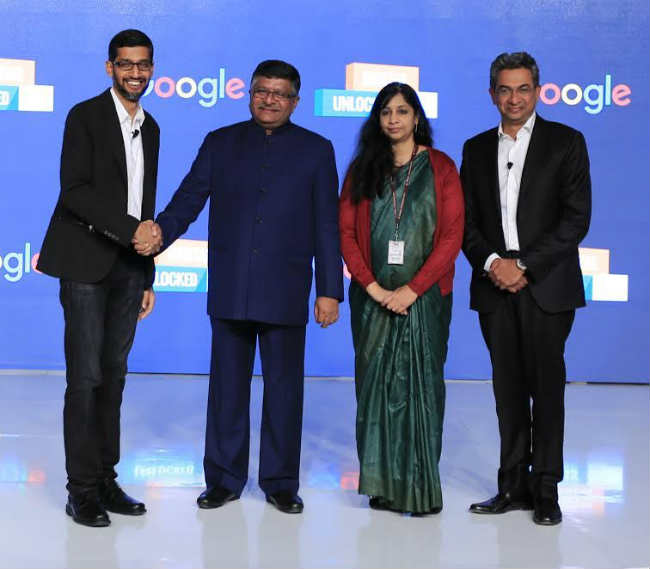 2 The founders wanted to name their site “Googol” which is the name of the number consisting of a 1 followed by 100 zeros. The term was picked to signify that the search engine will give users an infinite amount of information on the web. But a misspelling resulted in Google and it stuck. Today, Google processes over 3.5 billion Search queries each day and 1.2 trillion searches per year worldwide.

3 When Google was first launched, it entered in an already competitive world where search giants like AltaVista, AskJeeves and Yahoo! were flourishing. Google became a priority because it had a better quality of search and a simple, ads-free home page. Soon Page and Brin tried to sell Google for $1million to Yahoo, Altavista and Excite but they all turned down the offer. Yahoo was offered the company again in 2002 for $5 billion but it wanted the company for $3 billion only to be rejected by the owners.

4 The company went public in 2004 and its shares traded at an opening price of $85 valuing the company at $27 billion. Reportedly, about 900 of its employees became millionaires overnight. Today, Google shares are traded at $1,231 and the company is valued at $852 billion.

5 According to CNN Money, Google offers many death benefits to its employees. If an employee dies while he or she is still working for the company, then their better half will receive 50 percent of the salary for a decade after the partner has died. 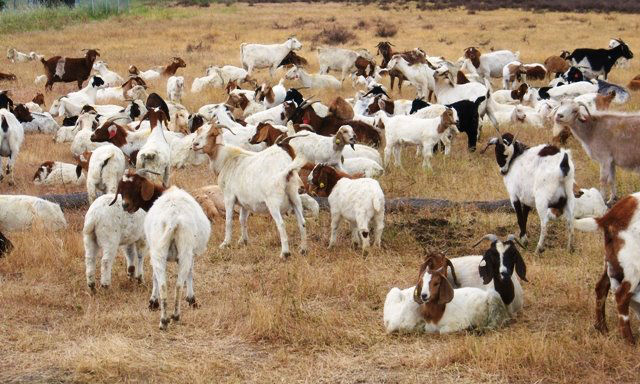 6 In 2009, Google announced that it rented 200 goats to mow the grass in its current headquarters. The company regularly rents 200 goats for a week at a time from California Grazing to keep the grounds and parks maintained. Google also owns the domain names of common misspellings of its own website's name, including gooogle.com, gogle.com and googlr.com.

7 A supporter of an environment-friendly approach, by 2011 Google had already invested $850 million in clean energy, including $168 million in a solar power plant in Mojave Desert in California and $100 million in the Shepherds Flat Wind Farm in Oregon.

8 The Sundar Pichai-led company also launched Project Loon to provide internet connectivity to people across the Earth by suspending solar-powered radio equipment from networks of helium-filled balloons floating at a height of 20 km above sea level.

9 Google acquired more than one company a week on average in 2010 and 2011. Since 2015, Google and fellow companies come under an umbrella company called Alphabet, which has 80,000 employees. 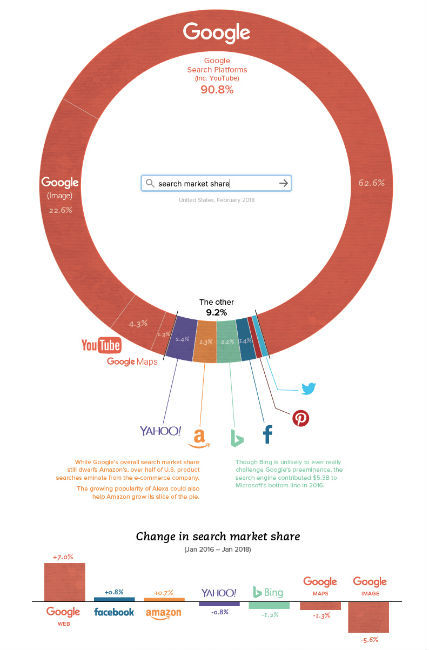 10 Google accounts nearly 90 per cent of all internet search requests which include the ones made from YouTube. It faces tough competition in Russia with Yandex search engine, and in China where Baidu has largest market share. Google’s Android is the largest mobile operating system and market research firm International Data Corporation has claimed that Android OS is expected to clock nearly 85 percent market share by the end of 2018.