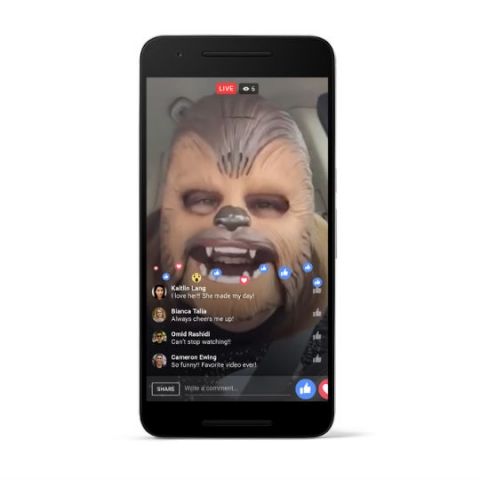 Facebook has announced its annual Year in Review - a set of topics and videos that were discussed the most on the social networking platform. It doesn't come as a surprise that 'US Presidential Election' was the most talked about topic globally.

In India, Diwali pipped Cricket and Uri attacks as the most discussed topic. Facebook says India has 166 million monthly active users with 159 million of them accessing the platform on a mobile device. 85 million people access Facebook daily and 81 million people do on a mobile device. Facebook is becoming the go to platform for not just conversation but also for news and breaking stories.

Facebook has been openly admitting that video is the next big thing on the social media platform. This year, the company is also announcing top live videos and no prizes for guessing that Candace Payne's Chewbacca Mom had the maximum views among live videos globally. Other prominent live videos include Buzzfeed's Countdown to the next presidential election and NBC News' Election results.

Facebook says Marine Drive was the most instagrammed location in India followed by Taj Mahal and Hauz Khas Village. The most used hashtags include #love, #instagood and #fun. Instagram saw maximum activity in India on the day of Diwali i.e. October 30. Instagram also saw more pictures shared on Children's Day and Dussehra.

For users, Facebook is also rolling out Year In Review videos visible on their timeline. The Year in Review video can also be viewed by clicking on this link.