Facebook is expected to debut its video chat device at company's F8 developer conference next year. The device will be the first hardware product to come from company's Building 8 lab. 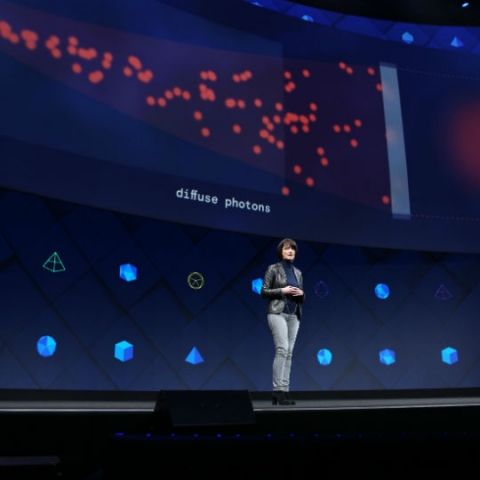 Facebook is reportedly working on a video chat device similar to Amazon's Echo Show, which could be debuted at next year's F8 developer conference. According to Bloomberg, Facebook's video chat device will be the first major hardware product from Building 8 lab. Facebook announced Building 8 last year as an incubator for developing new hardware and is being led by Regina Dugan, a former Google executive and Director of DARPA. The device is said to feature a laptop-sized touchscreen display and may be a whole new product category. The video chat device is aimed to be used in the living room and is tipped to feature a display measuring between 13 and 15 inches diagonally. It may sport a wide-angle camera lens, array of speakers and microphones powered by artificial intelligence for improved performance. "The large screen and smart camera technology could help far flung people feel like they’re in the same room, which aligns with Chief Executive Officer Mark Zuckerberg's mission of bringing Facebook users closer together," notes Bloomberg.

As per the report, the device is currently in the prototype phase is already being tested in people's homes. It is also tipped to run a version of Google's Android operating system. Facebook is also said to be developing a 360-degree camera for the device and testing a feature that would allow the primary camera to automatically scan for people and lock onto them.

Apart from this video device, Facebook is also said to be working on a standalone smart speaker to compete with Amazon Echo and Google Home. The company is said to be hiring engineers from Apple to build a voice assistant similar to Siri. The voice assistant will run on both these devices and the standalone speaker could retail for as low as $100 (approximately Rs 6,500). However, people familiar with the matter believe that Facebook could abandon its smart speaker, since the segment has been popularised by Amazon.