Facebook Live Audio is being introduced with select partners 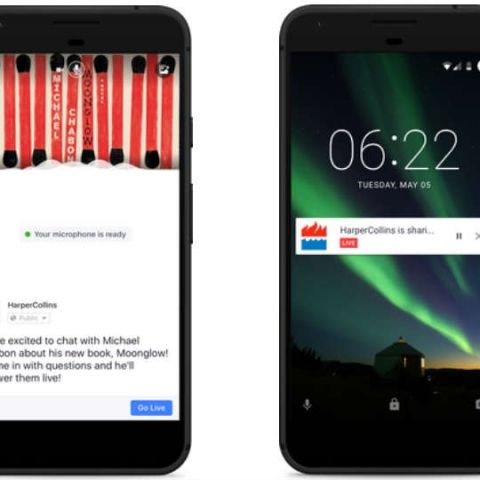 Facebook is expanding is live streaming feature with the introduction of new realtime audio streaming service. Facebook is rolling out Live Audio feature in collaboration with select partners before opening up next year. "We know that sometimes publishers want to tell a story on Facebook with words and not video. Our new Live Audio option makes it easy to go live with audio only when that’s the broadcaster’s preferred format," says Facebook in a blog post.

One of the best thing with Facebook's Live Audio is that Android users will be able to close Facebook app and allow Live Audio to keep playing in the background. While going Live, publishers can either use their Page's cover image as the default image for Live Audio or upload a different one. Facebook will push notifications to subscribers and these broadcasts have a limit of 4 hours.

With Live Audio, Facebook essentially becomes the new home for podcasts and even radio stations can live broadcast their programs. Facebook has been pushing video as the main content format on its platform and this new feature could gain momentum in 2017.