Everything announced at Google For India 2018

Google for India 2018 was flush with India-centric announcements. More support for vernacular languages is heading to Google's products in India, along with some new country-first features that will also be seen globally. Here's everything that was announ 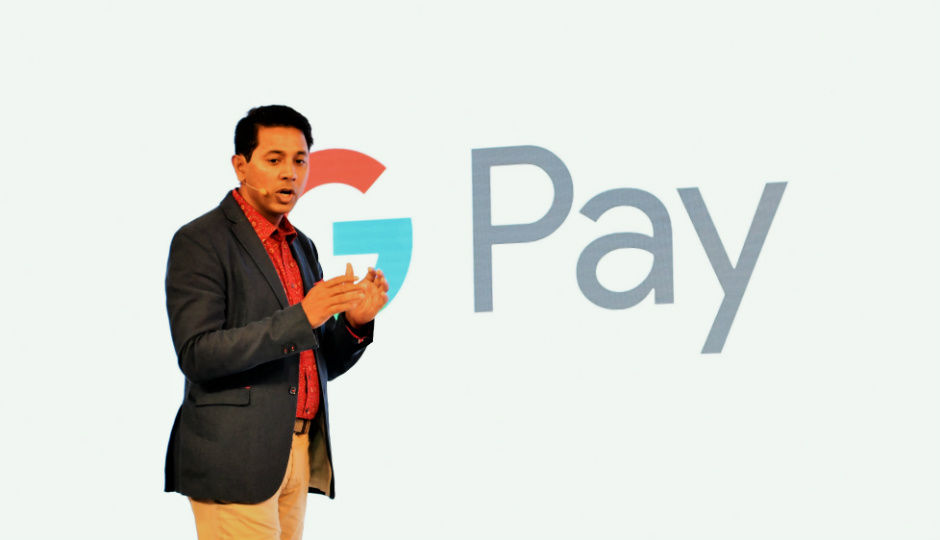 Everything announced at Google For India 2018

Google held its Fourth annual Google For India event in New Delhi yesterday. The theme of this year’s Google For India conference was digital inclusion, wherein Google announced support for new vernacular Indian languages for its products, a new programme to get local publishers online, a rebranded payments app in the form of Google Pay, new features for Android Go apps, locally-relevant actions for Google Assistant, expansion of Plus codes across the country, new bilingual Google Feed, ability to have web pages read out and much more. Clearly, Google’s agenda for this year is to make its products more popular in India by targeting local languages and communities. Here’s everything Google announced at Google For India 2018.

Let’s start off with one of the most important announcements at Google For India 2018. Google Tez, the company’s UPI-based payments app has now been rebranded to Google Pay in the interest of bringing the product to more countries other than India. At the event, Google’s Head for Payments and the Next Billion Users initiative, Caesar Sengupta, announced that Bhim UPI transactions have grown 14X since launch of Google Tez last year. Indians from 3 lakh villages, towns, and cities using Tez in India, which comes up to 22 million monthly users for the payments platform in India. Sengupta also disclosed that 750 million transactions are carried out using Google Tez everyday, with an annual run-rate of $30 billion in transactions.

Google is now unifying all payments across its platforms under the Google Pay umbrella. While Tez will be rebranded as Google Pay, the UI of the app will remain the same. The app will adopt new features from its global counterpart to make payments seamless.

One of the biggest additions coming to Google Pay is the ability to get pre-approved bank loans. Google is working with Federal Bank, Kotak Mahindra Bank, ICICI Bank, and HDFC Bank to provide pre-approved loans on Google Pay to Indians. Users will be able to see their pre-approved loan amount in the Google Pay app and after completing the necessary formalities online, the bank will deposit money in the user’s account instantly in a matter of seconds. You can read all about the new Google Pay announcements here.

Google has seen a 100% year-on-year growth for the Google Feed in India since last year. A major update coming to Google Feed is that it now supports Hindi in addition to English. Google will automatically detect the languages you care about and serve you the best material from the web in your language. Behind the operation of the bilingual feed are Google’s AI algorithms at work. Google says its AI will determine which languages are most read by users online and automatically adjust the stories in the feed to suit the same. For instance, if the AI finds that a user reads more Hindi stories compared to English ones, the Feed will automatically adjust to display more of Hindi content. In the future, Google could also add an option to choose one of the two Feed languages. The bilingual Google Feed is already rolling out. Support for Bengali, Marathi, Telugu and Tamil is coming in a few weeks time.

The Google Go app was announced in India last year with a ‘tap more and type less’ interface. The app is meant for Android Go smartphones that run on up to 1GB of RAM. Today, Google announced new updates to the Google Go app. For starters, the bilingual feed support will be added to Google Go in the coming months.

A big feature addition coming to Google Go is the ability to have web pages read out loud. Google acknowledged that scanning through long lines of text can be frustrating for users. Google Go will solve this problem by reading out web pages in the voice of the Assistant. These web pages can be read out loud in English and Hindi, with support for Marathi, Telugu, and  Malayalam coming soon. Users can even adjust the reading speed and skip or replay content using the new feature.

Google says 1 out of 35 search queries in India is for the definition of a word. Google is working on a set of new features to help Indians learn and practice English. Definitions in Google Search will now be shown in English and Hindi, along with example sentences in both languages. Users will also be able to hear the word being spoken out loud. Google has already started rolling out these features on Search. Definitions in Marathi and Tamil will also be available in the coming weeks.

Beyond bilingual definitions, Google will also soon roll out a feature to help users pronounce English words properly. A word will be broken down into phonetics and Google will ask users to pronounce it. If Google’s AI detects that the pronunciation of the word is incorrect, it will tell the user where they went wrong by breaking up the word phonetically and highlighting the mispronounced parts.

In the last 12 months, 50% indians are using mobile search every single day, with rising Search queries for vernacular content, Google said at the Google For India conference. To address this need, Google is working towards filling the web with content from Indian sources in all languages. The company is working with Indian publishers to help them come online through a new project called Navlekha. According to Google, 135,000 newspapers and magazines in india don’t have a website. Project Navlekha by Google will allow publishers to instantly create web pages and will provide free hosting of branded domains. Publishers will also get a new tool to copy PDFs to web pages instantly. Publishers will be able to easily copy and paste text as well as images from PDFs to web pages. They will also be able to preview the document and view desktop and tablet modes, before publishing. Google will be providing AdSense support to these Navlekha pages which will be open to publishers across India soon.

Google Assistant’s usage in india has tripled in the last year, the company announced. This is not only due to the smartphones, but also feature phones such as the JioPhone, which comes with Assistant support. Till date, the Google Assistant in India has received 1 Million requests to sing Happy Birthday. Now, Google wants to make the Assistant more accessible to Indians everywhere. In addition to English and Hindi, the Assistant has also been made available in Marathi and will soon come in 7 other indian languages.

Since most smartphones are set to English as the primary language, very soon users will be able to tell the Assistant to talk in their language of choice, even if the phone is set to English. The Assistant will also automatically detect when users switch languages during a conversation and will automatically change its responses to match the language that the user is speaking in.

Google Home devices in India will also be getting support for Hindi very soon.

Actions are also finally coming to the Google Assistant in India. At the event Google showcased Assistant Actions that can help determine the realtime location and schedule of trains.

Google has partnered with NGOs in Kokata to provide Plus Codes to underserved addresses. There are many localities and areas in the city that lack proper physical addresses. To serve these communities, Google has already helped assign Plus Codes to 100,000 residents across 25,000 households in Kolkata. Talking to Digit on the sidelines of the conference, the team handling Plus Codes in India also confirmed that some banks in Kolkata have started accepting Plus Codes as KYC proof of address for those who do not have formal addresses.

Beyond Plus Codes, Google announced new features for its Maps Go app. Along with turn-by-turn navigation support, Google is now rolling out a redesigned home screen with shortcuts for public transportation on Maps Go. Google Maps will also be updated with a couple of new features in the coming weeks. You can read more about it here.

So these were all the major announcements made by Google at its marquee India event. The company also shared some interesting statistics about India during its presentation. For instance, Google noted that 390 million internet users go online everyday in India and that rural internet usage has quadrupled over the past year. India uses 8GB data per month per user and 70% of smartphone shipments in the country have over 2GB RAM, while 80% of smartphone shipments have over 16GB of storage.

Google predicts that the future of internet in India is all about voice, video and vernacular content. Google observed a 270% year-on-year growth in voice searches in India over the past year. “Voice is the new Black in India,” said Google’s India VP, Rajan Anandan. He added that online video accounts for 75% of all internet traffic in india and 95% of video consumers are vernacular users.