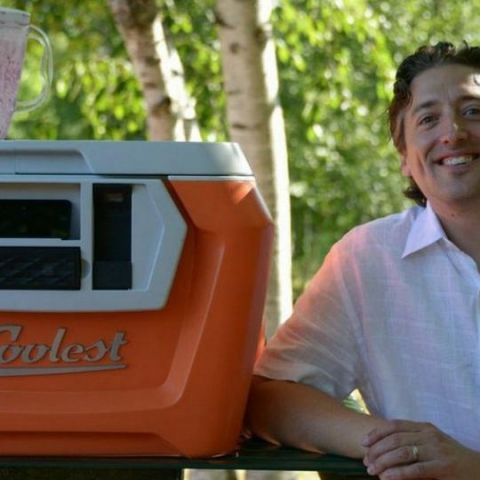 The Coolest cooler has raised over $10.3 million on crowd funding site Kickstarter, beating Pebble's $10.2 million record from 2012. Developed by Ryan Grepper, the cooler comes with a number of features and some seriously convenient as-seen-on-TV kind of features. It comes with a Bluetooth speaker that can fit right into a compartment on the cooler for storage or be detached for listening. The Coolest cooler also supports USB charging ports for your phone. It also comes with a few other interesting features including a compartment divider that doubles as a cutting board, lights for the inside, storage for plates, a bottle opener and a functioning blender for making drinks.

"I’m honestly overjoyed to be in the same ballpark as some of these other amazing crowd funding products," Grepper stated in a recent interview earlier this month, as the Coolest Cooler campaign shot up in the rankings. "Who wouldn’t like to beat a record? But that's just not my goal."

The cooler reached its $50,000 funding goal in less than 36 hours after its Kickstarter campaign launched and moved past the $1 million mark a day after as the press coverage of the product continued to grow. It now has over 20,000% over its original funding goal, a much higher percentage than any other Kickstarter campaign. The Coolest Cooler is available for $185 for backers on Kickstarter and will be priced at $299 when it actually goes on sale.

Also Read: $200 Micro 3D printer raises over $1M in a day on Kickstarter