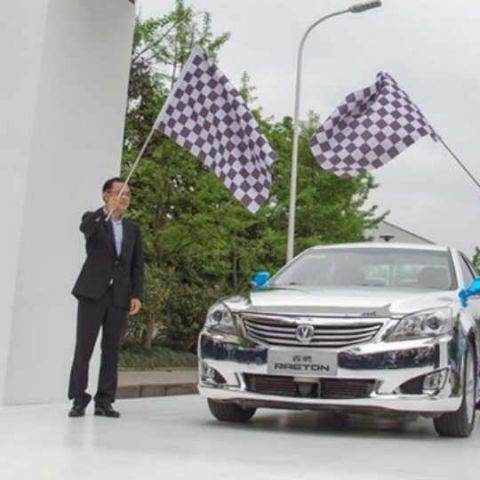 Chinese car manufacturer, Changan Automobile deployed two self driving cars that completed a 2000KM journey in 6 days. This is China’s first long-distance road test for self driving cars in a bid to stay ahead of Google and others manufacturers looking to cash in on the driverless cars technology.

The vehicles, which started their journey at the southwestern metropolis of Chongqing on Tuesday reached Beijing at around 5 pm, on Sunday. During its journey, the car achieved a maximum speed of 120 km per hour. It performed successful maneuvers, such as driving at a safe distance from other cars, changing lanes, overtaking and more. The car also performed three-point turns automatically, but needed the assistance of a driver in certain scenarios such as the gas stations.

Tan Benhong, deputy director of the Chang’an Automobile Engineering and Research Institute, said that improvements and changes to the technology will be made based on the results of the test. This will be followed by mass production. Changan Automobiles aims to have driverless cars in commercial use by 2018.

To put things into perspective, there are 18 companies currently working on driverless car technology, including the likes of Audi, BMW, Mercedes, Toyota and of course, Google.

According to Bloomberg, “For China, the push for self-driving vehicles is also part of a broader state initiative urging manufacturers to upgrade their technology as lower-cost countries emerge and compete for labor-intensive factory jobs”.

What remains to be seen is how driverless cars will work in India. With the large disregard for traffic rules, India can be a real testing ground for the capabilities of the AI powering the driverless cars.