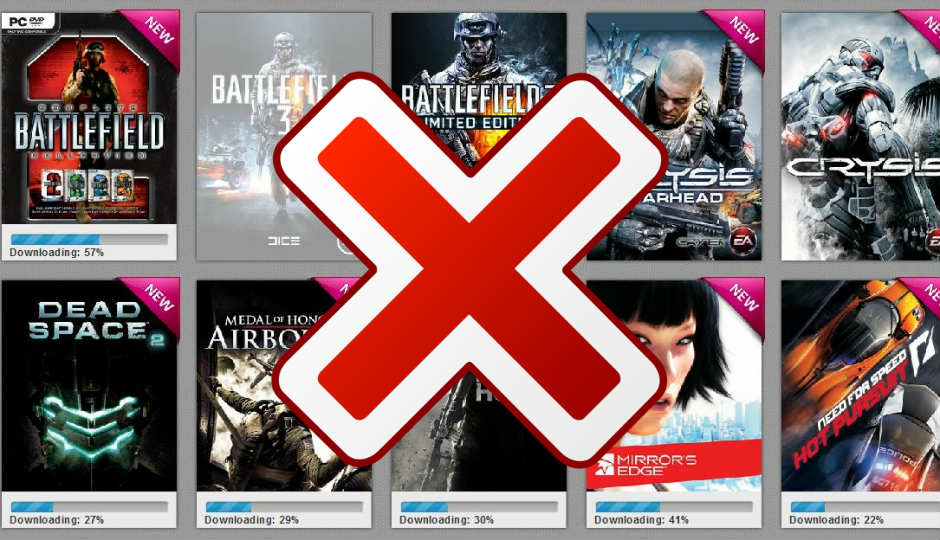 Through an intelligent and clear-headed decision making process, EA has decided to shaft Indian PC gamers in a completely new way.

EA has given up on PC gamers in India and will no longer be selling physical copies of PC games here, according to a report by Indian Video Gamer. Indian PC gamers who’d like to play upcoming EA titles such as FIFA 15 and Dragon Age: Inquisition will only be able to get those games from Origin, EA’s digital distribution service, at the same price as American buyers. However, according to the IVG story, EA will continue to sell physical copies of its games for all the consoles in India.

EA has had a hate-hate relationship with Indian gamers for a while now, especially those who’ve picked the PC as their platform for gaming. It was the first major video game publisher with a full fledged Indian distribution network to hike prices of PC games by a whopping 133% to bring them to the same level as the U.S. Its main Indian distributor, Milestone Interactive, had defended the price hike stating that it was acceptable to charge a ‘premium’ price for PC gaming, since it was a ‘premium’ experience.

While I can’t predict the future, as hard as I may try, I can hazard a guess that this won’t really help in ramping up the popularity of EA’s PC games in India since Origin isn’t a much loved service to begin with. With new games measuring upwards of 20GBs per download, not having the choice to conserve your download limit by buying the game physically, will also hurt gamers here. Also, it will give a considerable boost to piracy numbers, all of which show EA’s strategy in very ridiculous light. All in all, a dismal announcement for everyone concerned.