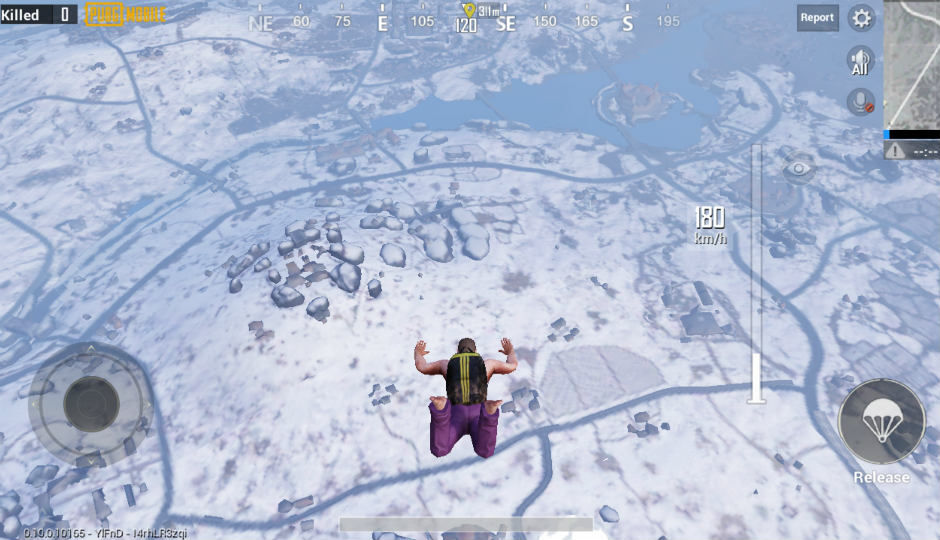 The new Vikendi snow map for the stable version of PUBG Mobile is now available for download. The map is 134.2MB in size, and it should be noted that it isn’t yet available for play. It will be available for matchmaking from December 21, 5:30AM IST onwards.

Downloading the map is pretty simple and straightforward. Just open the map selection screen and swipe to see the option for Vikendi. Then just tap it and select ‘OK’ on the subsequent pop up. That’s about it really.

Of course, you need to ensure that you have already updated to PUBG Mobile v0.10.0. If you haven’t done so already, then the game should prompt you to do that first. The update brings a snow theme to the main menu along with a bunch of other changes. This includes cross-server matching, Arabic language support, and firearms Finish Upgrade System and Season pending rewards. Further, users will now get the option to report suspicious behaviour when they are spectating other players after they die.

It should be noted that the Vikendi Map is already available for those playing the beta version of PUBG Mobile. As one can expect, the map features a bunch of new locations such as Cosmodrome, Dino Park, Mount Kreznic and more. It also adds a new snowmobile vehicle exclusive to the new map.

It should also be noted that the new map is available on PC test serves and PUBG Mobile. The Xbox One and PS4 version of the game will be getting the update sometime in January.

PUBG Mobile guns that deal the most damage